Is It Ever Too Late to Start My FI Journey?

The most popular financial independence (FI) stories on the internet these days seem to be the ones where people latch on to the idea of FI early in their high earning career, save a massive percentage of their income and retire in their 30s. All while traveling the world.

Unfortunately, many people have never heard of the FI movement and even if they are aware of it, many didn’t find out about it until later in life. It can be discouraging to see people younger than you retiring while you’re living paycheck to paycheck.

Recently, a Choose FI Facebook group member asked if it was too late to change from their paycheck to paycheck ways–to a life of striving toward FI. They want to change their habits and teach their children how to make better financial choices but had no clue if it was possible to change or where to start.

Related: What Does Retirement Really Mean?

I’m here to tell you that it’s never too late to get started on your FI journey. Here’s why.

Why It’s Never Too Late to Change

In my mind it doesn’t matter if you’re in your 20s or your 50s. Even if you’re struggling with your money, living paycheck to paycheck and don’t have much to show for your lifetime earnings, you can start your journey to FI today. The concepts are the same for everyone. The only difference will be your age and potentially how much you need to save.

So how does starting on your journey to FI differ if you’re 20 or you’re 50? There definitely can be some differences. Someone in their 20s hasn’t had as much time to develop financial habits like someone in their 50s. The bad financial habits may be harder to break the older you are. But if you’re truly ready to start heading toward FI you can make it happen no matter how long those bad habits were ingrained in your everyday life. You have life experience on your side, so use that to help you start and stay focused.

Of course, if you’re in your 50s or 60s and you’re desperately trying to figure out how to retire, you may think it’s too late for you. It isn’t! Getting a plan in place will help you retire much faster than staying in a mindset of desperation. Depending on when you reach FI, you may not even need quite as much as someone younger depending on how long you expect to draw down money after reaching FI.

Additionally, if you’re in your 50s or 60s, you have a good idea on how much money you’ll be drawing from Social Security. You can use this knowledge to reduce the amount of assets you’ll need to reach FI. Younger FI seekers won’t be able to start drawing their Social Security benefits for decades. It’s likely their earning history won’t result in as high of a Social Security benefit, so this extra income could greatly accelerate your journey to FI.

How to Get Started with Financial Independence

Getting started with financial independence is about two major concepts. The first is educating yourself about the ways to make FI a reality. If you’re new to the FI movement, you definitely need to check out the 10 pillars of financial independence. Use these pillars as a way to figure out where you’re doing alright financially and where you need to kick things up a notch.

The second concept you’ll need to start applying immediately is taking action. Dreaming of financial independence is a lot of fun, but making the moves necessary to start your FI journey may be painful. No one wants to give up the lifestyle they’re used to. But if you’re dedicated to reaching FI, it’s time to rip off the band-aid and get started. You’ll need to work on cutting your expenses back and growing your income so you can kick your savings rate into overdrive. After all, the higher your savings rate the faster you’ll reach financial independence.

Don’t let your current age or situation discourage you from working on your own path to financial independence. Everyone’s journey is different, but the concepts everyone uses to obtain FI are similar. Get started today and you, too, can look forward to reaching financial independence as fast as your savings rate will allow. 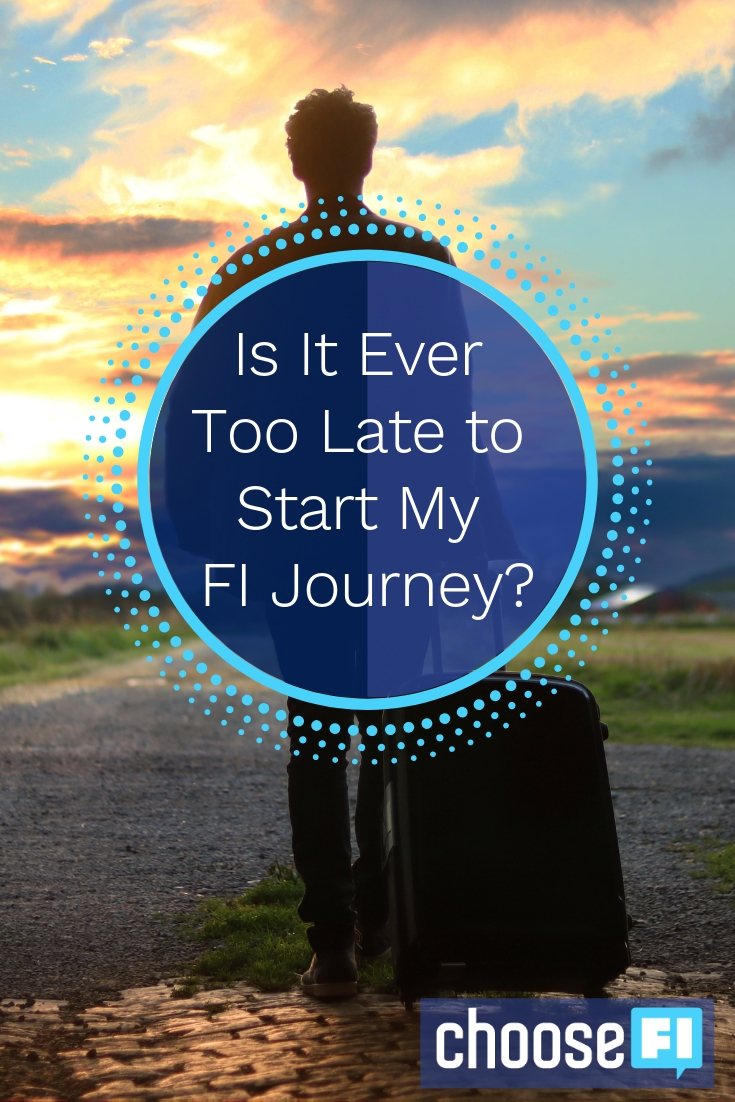