Becky Heptig shares her personal story to show that FI is an attainable goal at any age. It is an encouraging story because it shows no matter what age you find FI, it is not too late to change your life for the better.

Watch the episode on ChooseFI TV:

Growing up, neither Becky or her husband had a lot of extras. Although all of their needs were met, their depression-era parents had relatively low incomes. They simply paid the bills as they came in and hoped for the best. With that, neither Becky or Stephen was taught about how to spend and save their money well.

Becky and Stephen met in college. After graduation, both had relatively high salaries. Since they had no training about money, they decided to start consuming more. They felt that as long as they could make the payments, they would buy anything they wanted. So, they bought a bigger house than they could afford, a new car, a sailboat, and a yacht club membership.

What we didn’t do was any planning for the future. We thought about it and knew that we probably needed to do somthing at some point in time; but we thought “We’re just going to think about that later. We’ve got plenty of time!”

Although they thought about money, they decided they had plenty of time to save for their future later. That led to not living on a budget, no emergency fund, and no savings at all.

A Move To Boston

When her husband’s firm needed someone to transfer to Boston on assignment for two years, Becky and Stephen jumped at the chance. The thought process was that there would be a salary increase based on the increased living expenses in Boston. After the assignment, they could move back to Houston with a higher salary because it seemed unlikely the firm would walk back the salary.

It was a risk worth taking for Becky and Stephen. However, it did not do anything good for their finances. First, they couldn’t find a buyer for their Houston home so they were forced to rent it at a loss of $300/month. The salary bump to compensate for the increased living expenses wasn’t really enough to afford to live in New England. Plus, once they returned to Houston in worse shape than when they left, the firm closed its doors forever.

At this point, Becky had become a stay at home mom, so the hit to their income was severe. Stephen had started to work for himself but as with most self-employment, there were good years and bad years. They simply adjusted their spending to the money he brought in.

We reeled in our spending to a point but we had not reeled it into the point where we were saving anything.

They had no savings, no emergency fund, and no money saved for college. However, they did have to start making cutbacks such as the sailboat and the yacht club membership.

After a few years of working for himself, two of Stephen’s clients decided not to pay him for his work. The two clients equated to a year’s salary, so without any savings, this pushed the family over the edge.

For Becky, this is when the fear really started to set in. They had no income, no emergency fund, and $55,000 in debt. They were forced to buy groceries with a credit card.

I didn’t see anyway of getting out of [debt]…Everything that we needed we were buying on a credit card, so I felt like we were digging a bigger hole every day.

It felt like there was no way out at this point. The experience of fear became a painful time in their lives. Not only painful emotionally and financially, but also difficult for their marriage. However, this pain caused them to change their mindset about money.

It took extreme pain to change our mindset. It really wasn’t until we were in those dark days that we started thinking we have to do something differently. We can’t continue on the path that we’re on now.

It was a scary point in Becky’s life. She and Stephen were not sure what needed to change, but they knew that something would need to change dramatically.

Without this situation, the fear and struggle, Becky doesn’t see a time when they would’ve changed and started planning for the future. They might be still living paycheck to paycheck.

The first change Becky and Stephen made was securing a W2 job for Stephen. That first step removed the extreme pressure on both the finances and their marriage. Although it was difficult for Stephen to take the job and Becky missed having him at home, the W2 brought them some measure of financial stability.

Next, someone introduced them to Dave Ramsey. Becky listened to the cassette tapes and talked to Stephen about this being the way to take control of their finances. Although they had taken financial information classes before, the steps outlined by Ramsey were something that stuck with them. It helped to turn them around and bring them out of the dark times.

Listen: Why Everyone Needs Dave Ramsey And Why You Should Ignore Him

Impact On The Kids

They made it a point to give their kids a normal life. Through the generosity of family and friends, they were able to keep their kids in sports. Although they never hid their money troubles from their kids, the fully grown children don’t seem to have been impacted by this dark time.

In fact, Becky believes it was valuable for her kids to see their struggles and their decision to come together and solve the problems.

From a place of fear, Becky and Stephen found the will to make dramatic changes in their life and their mindset. It started with learning how to budget with the Ramsey envelope method. The white envelopes of cash helped to instill spending boundaries that were never there before.

With the W2 income, they budgeted based on what came in each month. However, Stephen’s job offered large bonuses that helped them to fuel their savings goals. Not only were they saving for their future, but also weddings and college.

What it forced us to do was live on his salary and the bonuses were what we used to basically make the huge change that we had. And you have to remember that, not only were we saving for the future, but at this point in our lives, we’re saving for college and we’re saving for weddings. So we had a lot of demands on the cash that we had. But the salary he had and the change in our mindset allowed us to make the difference.

In addition to a more stable income, they also had reined in their spending. Over time, they realized they could still be happy with less consumption. And they got serious about their personal finances.

Although they had started to think about finances, being introduced to ChooseFI helped them move their retirement date from 67 to 63. The information in the podcast reinvigorated their drive to be frugal. Instead of loosening the purse strings after meeting savings goals like college, they decided to continue being intentional about their spending. But most importantly, it helped them to invest better.

Investment Strategy And The Simple Path To Wealth

Until this point, they had used an Edward Jones financial advisor while they started saving for the future. After finding ChooseFI, they fired their financial advisor and moved their money into Vanguard. They started following the tenants outlined in The Simple Path to Wealth and some helpful spreadsheets from the Retirement Manifesto.

Becky and Stephen have decided to fully embrace the bucket strategy for their retirement income. That means they have no additional side income or real estate income. Instead, they have their funds allocated to 80% VSTAX, 10% bonds, and 10% cash. The cash bucket has three years’ worth of expenses tucked away that they pull out of monthly. Each year they rebalance their portfolio.

Although they had planned for years to use this strategy, Becky says it still hurt immensely to pull the first bit of cash out of their investments.

As you do when you are accumulating, you have to stay the course. You can’t panic. Whether you are in the accumulation phase or the drawdown phase.

After all, they spent 13 years accumulating this nest egg so it was difficult to let go. But with their budgeting spreadsheet on track, she knows they are doing everything right.

After a dramatic turnaround, Becky and her husband reached FI in 13 years at age 63. Now, they are adjusting to retired life and learning as they go. However, one thing that has remained constant throughout their journey is their desire to be generous to their community.

Find ways to find generous even if you are in the wealth accumulation phase, even if things are not going quite so great and your income isn’t large, you can still find ways to be generous.

Becky shares that life is enriched when you are generous with your time, talent, and resources. For Becky, that means helping others avoid the financial pain she went through. She has taught Financial Peace University in the past and even hosted a crash course for students on how to avoid student loan debt. She wanted to help them take the information and make changes in their lives.

It is still her passion to help, mentor, and teach people this information.

Is It Too Late?

No. It is never too late to hear this information and make a change in your life. But sometimes you need a helping hand to get started, and Becky strives to help others in their own financial journies.

It is never too late to improve your situation.

Take the first step, don’t put it off any longer. Evaluate where you are, forgive any past mistakes, and start working towards FI. You may not retire early, but any space and savings you can create will make your future less stressful.

Feel free to reach out to Becky through Facebook @Becky Heptig. Also, check out her blog: Started at 50

An Inflection Point: The most important thing for Becky is relationships with her family. Her family has a list of core values that are boiled down to integrity, honor, and service. Now that her children are older, it is great to see them living out those values in their adult life.

Related: How To Pay For Christmas Using Credit Card Rewards

Biggest Financial Mistake: Not starting sooner and not having an emergency fund.

Bonus! Have you ever loosened the purse strings in the context of reaching FI? Yes, we have made a few purchases. We are frugal in certain areas so that we can enjoy our hobbies. We own two Porsches that we drive on a race track together.

Listen to the Friday Roundup of this episode here. 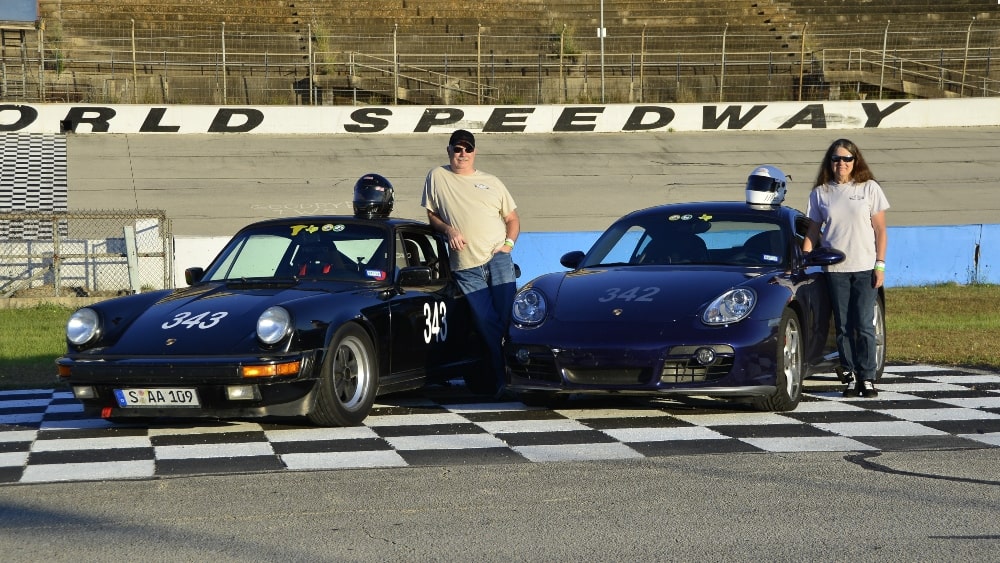