Are Solar Panels Worth The Investment?

You’ve likely noticed that solar panels have been popping up on scores of homes and businesses in recent years. The rising popularity has been driven by the fact that the costs to get started with solar have plunged in recent decades to the point that they have finally become cost competitive with fossil fuels. In fact, in many cases choosing solar can save literally save homeowners thousands of dollars over the long-term.

Last year I made the plunge and decided to put solar panels on my roof. I liked the idea of driving down one of my fixed costs as low as possible while simultaneously lowering my carbon footprint.

I recently crossed the one year anniversary of putting solar panels on my roof. Here’s a review of our experience with solar thus far.

I started out by calling a few vendors to give me detailed quotes. Two vendors showed up and took all of our measurements from our roof and then presented us with numerous options.

Under this program, the value of the electricity that we generated would have been equal to the retail price that we purchased it at (which in Rhode Island is quite high at $0.172 per kilowatt/hour).

Choosing this option would have qualified us for a tax-incentive through our state’s “Renewable Energy Fund.”

Here’s how that math would have worked out.

If we signed up for this program then our electricity bill was estimated to drop from about $1,450 per year to $330 per year.

Overall, this was an attractive option given then low up-front costs to get started with solar.

The second option that was presented to us was called the “Renewable Energy Growth Tariff Program”. If we signed up for this program then all of our solar production would be fed back into our local grid to be used by us and our neighbors. While we wouldn’t use all of our electricity ourselves, our utility agreed to buy the electricity from us at a price of $0.3475 per kilowatt/hour for 15 years. That’s nearly double the price that we paid to consume electricity on the open market.

However, if we choose this program then we wouldn’t qualify for the state’s generous upfront grant.

Here’s how the proposed math worked out for option 2:

While the lower upfront costs from the Net Metering program was highly attractive, we ended up going with the Renewable Energy Growth Tariff program because of the higher ROI.

Once we signed all the paperwork we had to wait about six months for the panels to be installed, inspected, and turned on.

Our solar panels went live a little over a year ago. Here’s the actual math shook out in the first year:

If anyone else knows an almost guaranteed way to earn double-digit returns on investment, I’m all ears!

Why does the Renewable Energy Growth Tariff Program even exist?

You might be scratching your head as to why my local utility company would be willing to pay nearly double the going rate for electricity. I asked my local solar rep to explain why this program even existed.

Here’s what he stated:

Other benefits of solar

Beyond reducing your electricity bills and enabling a solid return on investment, there are other benefits of going solar:

Is Solar right for you?

Here are a few questions that you can ask yourself to figure out if solar is worth investigating.

How high is your electric bill? The higher it is, the higher the likelihood that you’ll save big over the long run. As a very rough rule of thumb, you should investigate solar if your average monthly electric bill exceeds $75.

What are your costs of electricity? Electricity prices vary widely from state to state. In the Northeast, Hawaii, and California, they are very high. However, costs tend to be much lower in the Midwest and Southern U.S.

How much sunshine do you get and what is the slope of your roof? The more sunshine you get and the more southern exposure your roof has, the more productive your panels will be.

How are you going to finance the system? Do you have the cash on hand to pay for the system up front (ideal), or will you need to take out a loan or (gasp!) lease them? As a member of the FI community, you know that paying cash is the best option, but other financing methods can still be worth investigating even if you don’t have a chunk of cash to invest up front. In fact, with many leasing options, you can literally have solar installed on your house for $0 upfront.

How old is your roof? If you need to replace your roof in less than 5 years then choosing solar won’t make sense since the panels will have to be uninstalled during the roof replacement.  We moved into a house with a 25-year-old roof so we decided to replace the roof before we put on solar panels. However, it is worth pointing out that companies like Tesla are now starting to offer solar roofing options that might be worth checking out so you can kill two birds with one stone.

How to get the best deal:

Just like any other major purchase, it pays big time to shop around.

As a Tesla shareholder and huge fan of Elon Musk, I initially assumed that Solar City (which is owned by Tesla) was going to be the no-brainer choice. Solar City is the largest solar installer in the country, so I thought they must also be the lowest priced option.

Thankfully, I decided to let a local solar installer named Newport Solar compete for my business just so I could have a point of reference. It turns out that Newport Solar provided me with a better deal and they were much more knowledgeable about the state’s current incentive program. In fact, when I called the state’s energy department to get more information they told me that they had done hundreds of installations with Newport Solar and only a handful with Solar City. They actually recommended that we choose Newport Solar.

When you’re shopping, make sure you get multiple bids for your business. Ask local friends or family members who have solar about their experiences or get in touch with your state’s energy department to see if they have an approved list of vendors. You can also check out the Database of State Incentives for Renewables and Efficiency.

If all else fails, shopping portals like energysage.com can help you get multiple bids.

What I’ve learned after a year:

Here are my key takeaways from this experience.

It’s a lengthy process: From start to finish, it took us about seven months to get the panels installed on our house. Scheduling time for multiple roof inspections took about a month and then after we placed an order we were told that it would be a six to seven-month wait because of the backlog. Even after the panels were installed on our roof we had to wait for our utility to come and inspect the panels before they could be turned on.

Curb appeal is not much of an issue: My wife and I were very concerned that the panels would look ugly and subtract from the curb appeal of our house. We asked the installers to put them in the most inconspicuous spot on the roof to minimize the loss of curb appeal. However, more often than not, we have to tell our guests that we have solar installed on our house. We’ve found that very few people look at our roof directly when they pull into our driveway, so the panels do not detract from the curb appeal of our house at all.

Take productivity assumptions with a grain of salt: We were told that our panels would generate about 6,500 kilowatt/hours of electricity in any given year. Our actual production in the first year was 6,100 kWh, or about 6% less than projected. This didn’t alter the math too badly, but the solar company obviously wanted to present me with the best possible scenario data to make choosing solar as compelling as possible.

I wish I started sooner: The math would have looked even better had I been able to sign a contract with National Grid above $0.40 per kilowatt hour.

If you’ve ever thought about solar I’d highly recommend starting today by giving your local solar company a call. Panel prices have continued to drop since we had our installation, so it’s possible that you could even get a better deal than we did.

Also, the 30% tax credit is set to start phasing out in 2019. If you’re on the fence about researching solar, get started today! 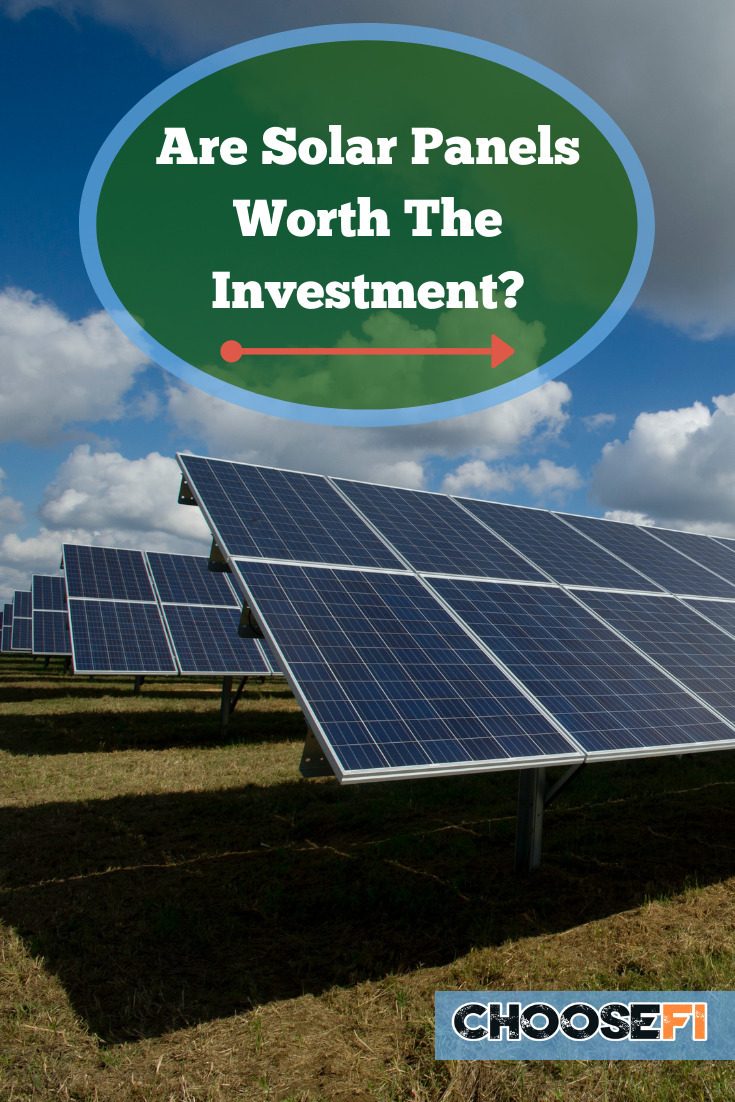