When A Life-Sucking Job Forces You To Rethink Everything

Ben, now 34, graduated from law school in 2012 with $150,000 in student loans. He had entered law school with the goal of helping people.  But by graduation, his debt and the lure of prestige and money led him into a high paying “Big Law” job in corporate litigation.

Ben was miserable in that life so he used a high savings rate and Real Estate investing to fund a lifestyle change that allowed him to get a new job truly helping people.

Soon after graduation, Ben realized that being tied to his high-stress corporate job just wasn’t worth it. He had gotten into law to help people and yet here he was pitting employers against employees.

Integrity matters to him and he was literally embarrassed to tell his family and friends about some of his cases. And because he didn’t believe in the work, he didn’t do his best. Which in turn made him feel worse about the legal career he had chosen.

He knew he had chosen the wrong path and lacked control over his life.

In early 2015, Ben moved from a corporate job in NYC to a corporate job in New Orleans, hoping the warm climate and laid-back culture would bring greater happiness. Instead, he found that the 50% pay cut associated with the smaller market did not come with more fulfillment, meaning, or work-life balance.

Still feeling like his career and happiness had slipped from his grasp, Ben found Mr. Money Mustache in December 2015 and began learning about Financial Independence as a potential reality.

Ben had never thought much about the power of money or about accumulating wealth. But when he found the FI Community he realized he could begin reasserting control over his life by taking control of his finances.

By becoming empowered over his money, he saw a light at the end of the corporate tunnel. He dreamed of Financially Independence! Hope arose within him that he wouldn’t have to do this job forever!

His initial thought was to keep his annual spending below $25,000 and save 25X his annual spending for a grand total of $625,000. With those calculations, he could quit the life-sucking corporate law job within five years. He would no longer have to work for money.

He began saving about 85% of his roughly $150,000 salary and grinding through two more years of uninspiring and stressful work.

He also purchased a duplex and lived in one side and put the other up for Airbnb. The income not only covered the mortgage but netted an additional $1,000 a month.

Wanting to replicate a formula that worked, he purchased another duplex and does Airbnb on both sides.

In 2017, still at least two years away from his FI goal of $625,000, Ben realized that continuing to suffer through his job was not worth it. He had accumulated the FU money needed to reasonably take some employment chances in search of greater present happiness, so he did.

Ben had experienced some joy as part of his job corporate job, which was the pro bono immigration work he did on top of his billable cases. This was an area of law that fed his soul. So, he finally bailed on corporate law to a position with Catholic Charities Immigration Services, a non-profit.

Of course, the job switch meant a huge pay cut. But feeling secure in the steady income from house hacking, Ben was empowered to take the immigration law job and the hefty pay cut.

He is now working for $47,000 per year, less than a third of his corporate salary. But the impact on his happiness and fulfillment were immediate and he loves his job! He also expects the gross Airbnb income to be in the area of $80,000, which is more than his day job. All of this is thanks to the FI community.

He finally felt like he had control over his life, which is the point of FI.

He now spends his working hours giving legal representation to kids who have suffered child abuse and gang violence in their home countries and don’t yet have permanent legal status in the United States.

The work is simply more fun because he is the kind of man that wants to make the world to be a better place; he always wanted to be the kind of lawyer that truly helps people. This kind of personal law, versus corporate law, allows him to make an impact.

The lives of kids and teenagers are, quite literally, in his hands. His work defending refugee children has an added meaning because his grandma was a child-survivor of the Holocaust whose parents were killed in WWII.

Ben recognizes that he was privileged to grow up in the United States, receive a great education, and live a life free from violence. He can now help innocent kids with none of those privileges as they fight for the opportunity to live, study, and work in America.

He found his why. His personal and professional identities are now in alignment and life is sweet!

With the rental properties and his continued frugality, (he owns a beater car, bikes everywhere, and mostly spends money only on groceries, travel, and live music) Ben now has the flexibility to think about living abroad, starting a business, and/or staying home to raise kids someday.

But having finally found a job and life he loves, he’s not planning on changing up too much anytime soon. 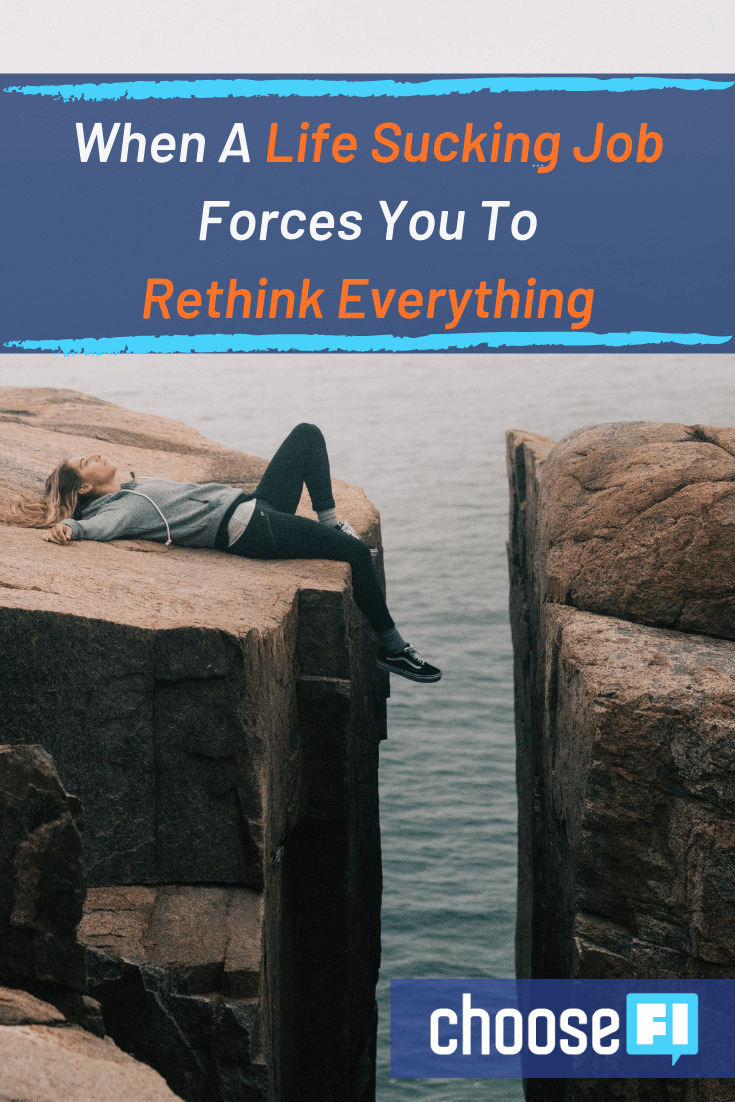