At some point, you’re going to want to know when you have enough money to stop ‘needing’ to work. Often referred to as F-You money, is it merely a matter of math that determines your FI number? Let’s examine that.

Upon reaching their FI numbers, people will do one of two things: they will either worry or embrace it.

The worriers will be concerned about how they will spend their time and if they really have enough money. The questions “What if?” and “What now?” will dominate their thoughts. So they keep working, hiding behind the fear of running out of money and second-guessing their decision, citing that their job is not so bad.

Those who embrace their financial independence will stop working. They’ll jump feet first into their new lifestyle. Maybe they will move to a new location, presumably for a lower cost of living. They’ll enjoy their newfound freedom and the creative outlets. They finally have the time and money to live the life they’ve envisioned.

The difference between the two is this: Believing that enough is enough. Knowing it. Owning it.

The way to do this is by preparing to have enough. To prepare you’ll have to do some heavy lifting. You’ll want to know what your goals and values are. Unfortunately, most people do not. Oh, we think we know, but when pressed, we’re often vague and avoid prioritizing our values, brainstorming our goals, and facing fears. So, we keep on keeping on and hope for the best.

What helps us to recognize when enough is enough, is to identify and then prioritize the things that we value. Skipping this means by default we put money as our number one priority, ahead of relationships, time, creativity, stewardship, and other values. This will cause us to work beyond what it is necessary, by default.

Make a list of what you value. What do you truly want your life to look like? Then for each item, ask yourself if more money would more money assist in reaching that life. For example, you may wish to see your aging parents more often. If they live close by, more money (and more work) probably isn’t going to help you see them more often. However, if you have to get on a plane to see them, then perhaps more money truly is required to meet this goal.

Try this exercise today or when you reach your magic number. Then do it again next month, and next year. You’ll know when enough is enough and you’ll be at peace with it. Keep in mind, this exercise is for those people who are already at FI and are grappling with knowing if they have enough.

List your values or what you want to spend time doing. Write them down. Some values you might use are

For each bullet point, ask yourself if more money is needed to reach that goal. What did you discover? Do you really need more money?

What is enough for you might not be enough for me, all things being equal. Even if our ages, expenses, risk tolerances, economic behaviors and our investment savings were identical, I’m not convinced we’d both agree on what enough is. Our values and goals–or lack thereof–mean the difference between working or not. If someone values money and someone else values time and relationships, the outcome would be different.

In the education arena days off are dictated, though generous, and known 5-17 months in advance. Recently, due to a number of unexpected weather-related closures, all staff was told to cancel vacation plans during an upcoming scheduled closure. They were told to show up at work or face punitive action and no pay.

There was chatter about lost monies on travel, trips, trains, planes and what have you. Shortly thereafter, it was announced that if you show proof of non-reimbursable flights, cruises or trips, you would be able to take the time off, still without pay, but face no punitive action.

This solved the financial impact of canceled vacations, but what about the time? What about nurturing relationships? What about tending to older, distant, and seldom-seen relatives whose time is dwindling? There is no IOU for the lost opportunity. Time is non-reimbursable and far more valuable to some than the cost of a flight.

Fortunately, an alternative solution was found that year and nobody was forced to alter any plans or be punished. But it certainly left its mark and made me acutely aware of differing values and priorities.

In summary, the unknowable risk of running out of time has to be factored in when knowing when you’re ready, financially. Try putting that factor into a formula–it’s impossible.

With the constraints of work lifted, I’ve discovered new things. And it was liberating, enriching, eye-opening, and invaluable in answering that nagging when is enough, enough question. It put the dollars in perspective. Endless earnings aren’t the answer. More is not better.

Most of us who are chasing FI have a number in mind–the magical dollar amount of savings–that will generate enough income to replace wages from work. For some, it is cut and dry. But for others, it’s not. How will you know when enough is enough for you? 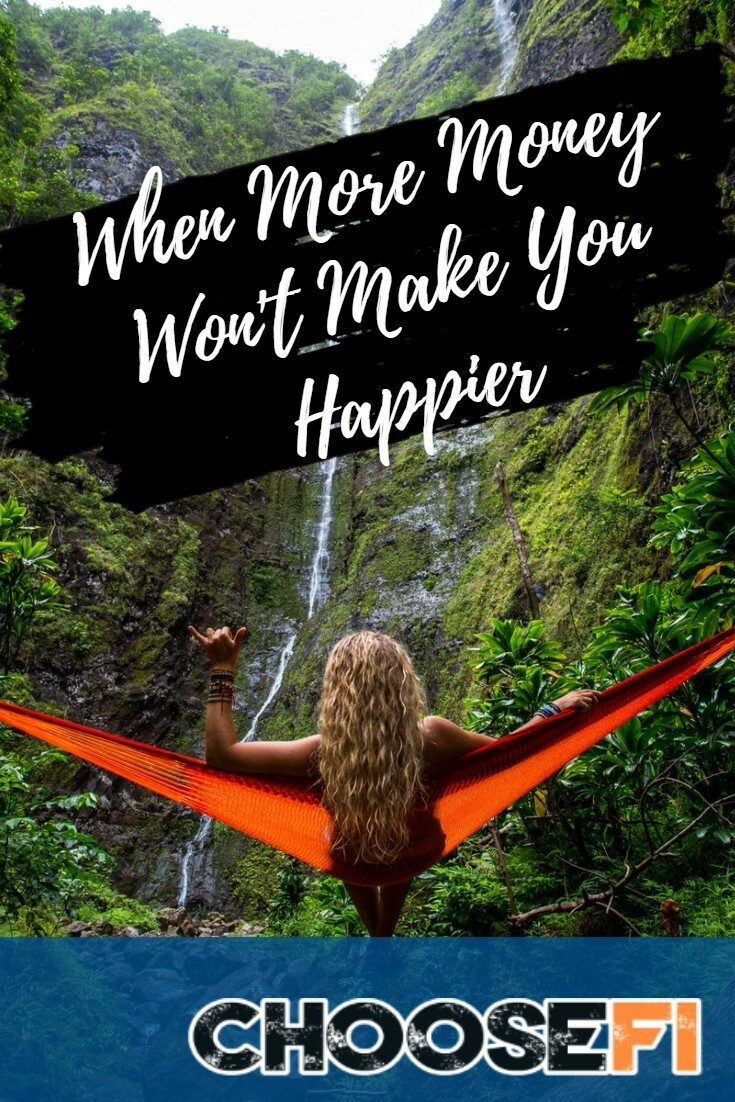