Planning For Healthcare In Early Retirement

If there’s a fly in the early retirement ointment–other than accumulating the portfolio needed to make it happen–it’s planning for healthcare.

While you’re an employee, you can take advantage of employer-sponsored health insurance. Since it’s a group plan, and usually subsidized by the employer, it’s less expensive than coverage you can buy on your own. But how do you plan for healthcare in early retirement?

And that’s the problem. When you retire early, you probably won’t have the benefit of employer health insurance. And since you’ll be younger than 65, it’ll be too early to qualify for Medicare.

If you’re already in early retirement, you know all about this issue, and you’ve hopefully found a solution. But if you haven’t, or if you’re only in the early retirement planning phase, we’ll help you learn the options available.

How To Get Insurance If You Retire Early

If you’re wondering if you can just keep your current insurance provider after you retire, we’ll address that question at the end. But, spoiler alert, a large majority of early retirees won’t be able to do this.

1. Enroll For Coverage With Your State Health Insurance Exchange

Since the arrival of the Affordable Care Act (ACA), health insurance is guaranteed regardless of your age or health condition.

Using the Health Insurance Quote Tool on PolicyGenius I was able to see how big of a subsidy someone living in my zip code could get at different income levels:

If you’re thinking, “Well that’s all well and good, but I’m not planning on living off $20,000 a year in retirement!” hang with me just for a moment.

So, yes, that means you could take $50,000 from your Roth IRA and it wouldn’t count as one penny’s worth of income on the state health exchanges. This is a huge benefit of the Roth!

Note: HSA’s, which we will discuss more in a bit, are post-tax accounts as well. Distributions from HSA’s also do not count as income when it comes to qualifying for health insurance subsidies.

My guess is if you’re going to retire early, your spouse will as well. But in the unlikely event that isn’t the case, and your spouse has coverage at work, problem solved.

3. Start A Side Hustle

There are two basic benefits to the side hustle concept:

Number one is obvious, but let’s camp out on the second point.

The IRS allows you to deduct the cost of health insurance premiums if you are self-employed (even under the new tax plan). You can deduct 100% of the premium paid up to the amount of net income earned from self-employment. That includes coverage for yourself, your spouse and any dependents you have.

This deduction applies only to income from self-employment, and not from W2 or investment earnings.

You can also take a deduction for an HSA. For 2019, you can contribute up to $3,500 if you’re single, and up to $7,000 for a family. The contribution is fully tax-deductible and can be used to pay for out-of-pocket costs, such as copayments, deductibles, and uncovered medical expenses.

Combining self-employed health insurance with an HSA enables you to deduct the cost of both without the need to itemize deductions. You will need a sufficient amount of self-employed income to cover both the premiums and the HSA, however.

5. Get A Part-time Job With Health Insurance Benefits

This strategy kind of defeats the whole purpose of early retirement, especially since you’ll be working for someone else. But it’s a viable strategy nonetheless.

There are more part-time jobs with health insurance than most people realize. You can often qualify just by working as few as 20 hours per week. Potential employers offering health insurance for part-timers include banks, credit unions, local governments, colleges, airlines, coffee shops, grocery stores, and retailers.

If nothing else, the part-time route may become desirable on a short-term basis, if one of the other strategies doesn’t work.

These plans are growing in popularity, in part because they’re much less expensive than traditional health insurance, but also because they are “ACA compliant”. (That means you aren’t subject to the ACA penalty if you have one of these plans.)

They’re exactly what the name implies, a plan in which many people participate, and share expenses. The major benefit is cost. The monthly payment may be only a fraction of what it will cost for traditional health insurance.

These plans are not perfect, nor are they suitable for everyone

For example, most are oriented toward Christians. They require that you’re a member of an acceptable church, and often that you take a pledge to live a life that’s consistent with Biblical principles.

Another problem is that they are not true insurance.

The plans generally favor the healthy. If you had a bout with cancer a year ago, or you have a chronic health condition, like heart disease or diabetes, you may not be eligible for coverage.

If you’re interested in pursuing this alternative, there are several healthcare sharing ministries available. Since this isn’t an industry in the traditional sense, plans can vary widely from one to another.

7. Apply For AARP Vision And Dental Insurance At Age 50

While you can’t qualify for Medicare until age 65, an AARP membership could help you get discounted vision and dental insurance.

Many cheap insurance plans don’t come with coverage for vision and dental. Because of this, many people either pay for these expenses out-of-pocket or spring for more expensive healthcare plans.

But once you turn 50, you could possibly get the best of both worlds. You could get an affordable, high-deductible for general practice and emergency medical care while using one of AARP’s approved providers to cover your dental and vision care.

If you are a semi-early retiree (age 50+), this could be a great option!

8. Pay Medical Bills Out Of Pocket

If none of the above strategies appeal to you, you can go the more traditional route of fully retiring, and paying your health insurance and out-of-pocket costs in full–taking the chance that they may or may not be tax-deductible.

And as of 2019, there is no more tax penalty for not having health insurance. Unfortunately, that’s one of the few ways that the new tax plan is medical expense-friendly. The rest is pretty ugly.

Medical Expense Deductions Are Nearly a Thing of the Past

Unless you have an exorbitant amount of medical expenses in comparison to your taxable income, you probably won’t be able to claim them as an itemized deduction.

Also, under current tax law, you’re only allowed to deduct medical expenses–health insurance and out-of-pocket costs–to the degree that they exceed 10% of your adjusted gross income.

You and your spouse have $50,000 in retirement income. You incur $15,000 in health insurance and out-of-pocket medical costs. Under the new tax law, you must first deduct 7.5% of your adjusted gross income, which is $3,750. That leaves you $11,250 in potentially deductible medical costs.

But since you automatically get a $24,000 standard deduction, you won’t be able to deduct $11,250 in medical expenses, unless you have other tax deductions that bring you over the $24,000 threshold.

Let’s say that those expenses, including medical costs, come to $30,000. That means that on a net basis, only $6,000 of your medical costs will actually be deductible. (The rest would have been deductible even if you didn’t itemize.) The balance of $5,250 will be lost, as will the $3,750 that had to first be deducted due to the 7.5% income limitation. A total of $9,000 in medical expenses won’t be tax deductible.

Moral of the story: Itemizing medical expenses may not help much in early retirement.

Under the new tax law, planning for healthcare in early retirement isn’t necessarily better or worse than it used to be. But it does require having an effective strategy in place to minimize the cost.

Can I Keep My Health Insurance When I Retire?

If you already pay for your own health insurance, then absolutely! But the fact that you are asking the question at all indicates that your health insurance is currently provided by your employer.

And if that’s the case, I hate to be the bearer of bad news, but there are few situations where you will be able to keep your health insurance after your early retirement.

The truth is most of us will have to find new insurance after leaving our employers…with just a few exceptions, which are listed below.

If you are a federal employee who has been continuously enrolled in FEHB for at least 5 years, you are eligible to keep your federal health insurance plan at the same cost that current employees pay. That’s a great deal!

Some companies (mostly large companies) may allow retired former employees to stay on their group healthcare plan. As our population continues to age, however, so does the number of companies that are willing to offer this benefit.

Each year, the percentage of large companies that offer retiree insurance continues to drop, with 18% being the latest number.

Your Former Employer Is Forced To Comply With COBRA

COBRA requires employers who have group healthcare plans that include more than 20 employees to continue to offer the group plan to retired employees for up to 18 months.

The problem with COBRA is that while former employees are able to keep their same plan, their premiums will most likely rise dramatically because they will lose the benefit of the employer subsidy.

For this reason, COBRA-enforced insurance should typically only be used as a last resort. However, if you retire only a year or two before age 65, the 18-month window of COBRA coverage could serve as a stop-gap until you are able to qualify for Medicare.

In this case, COBRA insurance could prove to be cheaper than trying to shop for new health insurance on the open market.

There are several healthcare bills that have been proposed in Congress.  These include a Medicare For All bill which is exactly what it sounds like, a bill that automatically enrolls everyone of all ages in Medicare. There is another bill, the Medicare-At-50 bill which specifically targets early retirees. It would allow anyone aged 50 or older to buy into Medicare and select a Medicare health plan. The Medicare-at-50 bill would allow ACA subsidies to be used toward buying these plans.

Medicare-For-America is another proposed program. This one aims for universal coverage but would allow employers and employees to keep their private insurance if they want to or switch into an expanded Medicare program. Certain individuals like newborns and uninsured individuals would be automatically enrolled.

Democrats have also proposed the Medicare X Choice Act. This is a more moderate version of Medicare for All that would leave the existing American healthcare system as is but would also create a public option administered by Medicare. People of any age could buy a plan that would include access to a network of healthcare providers. Small businesses could do the same.

Medicare is an area that’s really up in the air right now. It’s changing at the speed of government, which is admittedly slow, but at least it’s changing. 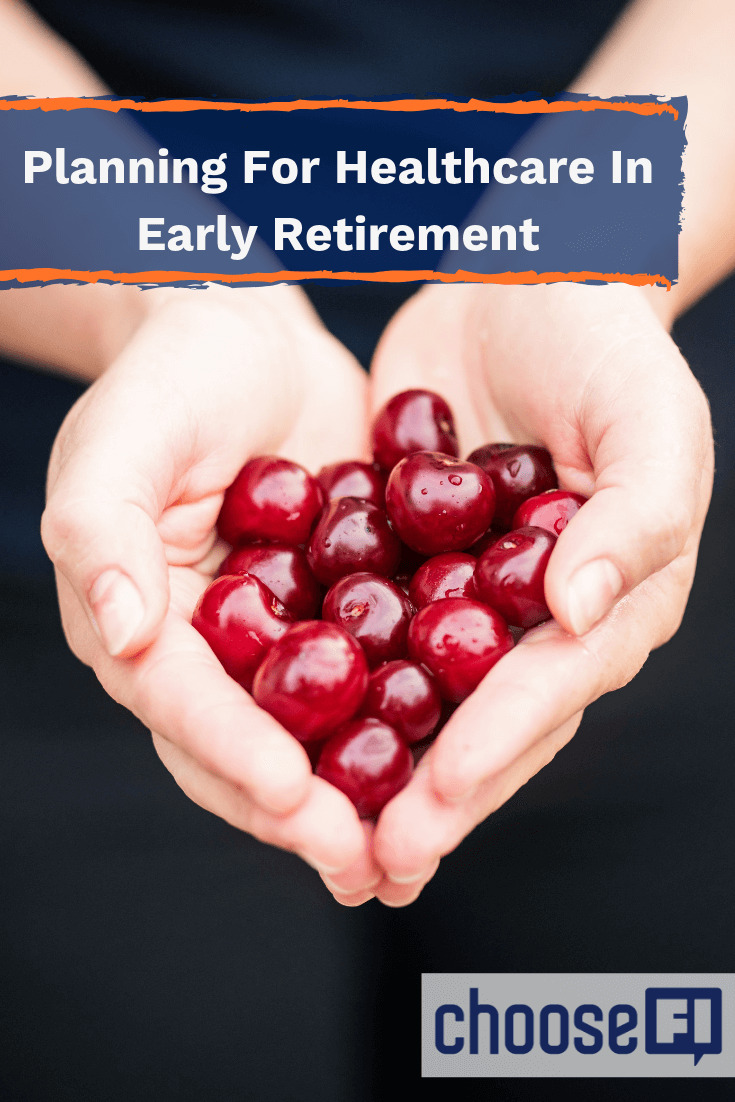