Buying a car that will last a long time is a good way to get the most for your money. But how can you know if you’re spending your hard-earned money on a dependable, long-lasting car?

iSeeCars can help with that. Each year they publish a list of the top ten most reliable cars. Every vehicle’s reliability rating is based on the percentage of its vehicles on the road today that have logged over 200,000 miles.

When you’re pursuing Financial Independence, it’s important to choose a long-lasting car, which we define as one that has a realistic chance of making it to 200,000 miles or more. Making the right choice is important because the right vehicle has the potential to save you a lot of money in payments and repairs over the life of that car.

The Triple-Savings Potential Of A Reliable Used Car

One of the biggest reasons we’re huge fans of buying used is that it allows depreciation to work for you instead of against you.

Here are some frightening depreciation numbers, provided by CarFax:

This means that after five years of ownership, you could have a car that’s worth only 40% of its original value. Of course, no car depreciates at the same rate. Some will fare better than this average and some worse. But no matter how you slice it, depreciation is a killer.

So how do you avoid this massive depreciation drop in the first few years of a car life? By buying used cars in the three to five-year range that have already taken their biggest depreciation hit.

Related: Why You Should Never Buy A New Car

There is, of course, a downside to buying used cars, which is that they will usually require more frequent repairs. That’s why buying a reliable used car is so important. When you do, you can essentially double your savings.

But there’s actually one final way that a reliable car can save you money: They simply don’t have to be replaced as often.

If you’re only having to buy a new vehicle every 15 years instead of every ten, that’s a big deal. To really take into account how much money a reliable used car could save you, you have to take all three factors into account: depreciation savings, repair savings, and car replacement savings.

Here’s the best part (for used car buyers, at least): Even the most reliable cars suffer depreciation loss in their first few years of ownership. That means you can still get great deals on these cars when you buy them in the three- to five-year range.

For instance, take the Toyota Avalon, which is number two on the list of most reliable cars on the iSeeCars list (excluding SUVs and trucks). Kelley Blue Book fair purchase prices show the Toyota Avalon at various ages:

You may be thinking, “But wait, a 2012 car is eight years old, not five.” And you’re right. But when you’re buying one of the most reliable cars on the market, that still may not be a bad choice.

Think of it this way. By buying one of the vehicles listed below, you could find a $10,000 used car that could feasibly still have over 100,000 miles of life left in it. That’s insane!

Now that we’ve discussed why car reliability matters so much, let’s take a look at several top-ten lists from iSeeCars.

Related: How To Buy A Used Car

You’ll notice that the top ten overall list is very SUV-heavy. Of the ten vehicles most likely to last 200,000 miles, seven of them are SUVs.

If SUVs aren’t your thing or if you need something bigger for your family, we’ll break down the top ten of other vehicle types later.

The national average is 1.0%. This means that all of the vehicles on this list are at least three times as likely to reach 200,000 miles as the average vehicle.

Taking the list for the longest-lasting vehicles and then doing a car search in Kelley Blue Book gave us data for two tables. One based on a 2019 car, basically a little over a year old. And the other table representing the cars by price, just under $10,000.

After our basic parameters of year and price, we kept the requirements as “used, base or basic model, and in good condition.” Changes in those factors will cause some variability in price and availability when doing your own car search. Of course, location matters too. These cars happen to be within 500 miles of Pittsburgh, PA. But even if you can’t find these exact cars near you, the basic info in these tables is still useful as a guide.

SUVs may be the most reliable type of vehicle on the market, but they also tend to be gas guzzlers. Fuel efficiency is another key factor in the true cost of car ownership that it is wise to consider when buying a vehicle. Using FuelEconomy.gov to include average MPG in the table “Car Search By Year” gives a good comparison to another cost factor.

The tables below could help you find a smaller, more fuel-efficient car, that’s still dependable and long-lasting.

Of particular note is the MPG for the Toyota Prius. It’s almost double that of most other cars. If long commutes are a part of your daily life, it may be worth giving special consideration to that car.

When it comes to trucks, iSeeCars was only able to identify eight that performed better than the average truck on the road.

But the ones that did make the cut can provide some serious value. The Honda Ridgeline is the top truck on the list and has 3.0% of its trucks over the 200,000-mile mark, which is three times the average vehicle.

Note that the Honda Ridgeline went out of production at the end of 2014, with a new model being released mid-2016 and marketed as a 2017 model. Just something to keep in mind if you’re shopping for the truck that tops the list.

Minimizing the cost of car ownership is one of the 10 Pillars of FI for a reason. It’s important and you need to take it seriously.

That’s why buying used is really smart. But buying both used AND reliable? That’s downright brilliant. Buying the longest-lasting car for the least amount of money will help you achieve FI faster.

Have you ever owned a car that hit 200,000 miles on the odometer? If so, connect with us on social media and tell us which vehicle got you there! 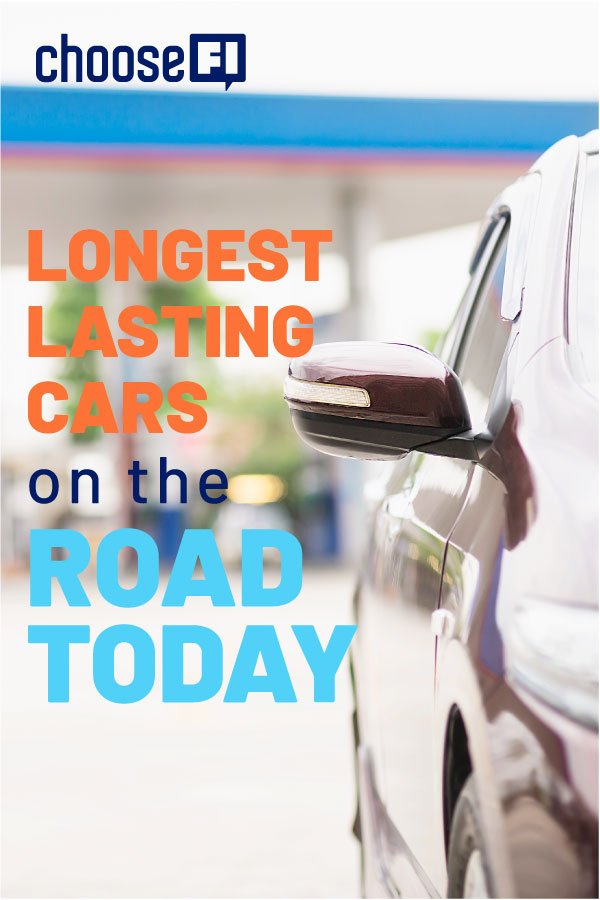