Why You Should Never Buy A New Car

This article was written by Jon, a member of the ChooseFI community, in response to the podcast episode 29R.

Episode 29R: The Reluctant Frugalist vs. the Aspiring Minimalist deals with a host of issues. But, the one I’ll discuss today is the age old question: Which will save me the most money, buying a new or used car?

I can understand the fear and frustration of having a car that breaks down. But to rationalize buying a brand-new car because your used car needed some repairs is silly.

I think this stems from ignorance many of us have about the inner workings of vehicles. Yes, it’s more probable that a used car will break more than a new car, but you need to weigh that against the cost of depreciation. Over the long-term, depreciation costs significantly more than the costs to repair your vehicle, even expensive repairs.

The Toyota Yaris and Scion xB, or any other cheap and reliable car that holds its value are almost the exception to the rule. Even then, I’ve modeled out buying used vs. new and the used comes out ahead by $250,000 over 40 years assuming you invest the difference at 10%. Isn’t this what FI is all about? Hacking every last penny to get to our dream faster?

I have no problem with buying a cheap new car such as the Honda Fit or the Toyota Yaris, but you can’t rationalize that it makes financial sense. The numbers don’t work (at least not with my set of reasonable assumptions). You must acknowledge that you’re buying a new car based on other intangibles.

If your goal is FI, then buying new will likely hold you back. (By the way, I was able to find several used Yaris’ for less than $10,000). A trick dealerships play is marking up the late model used cars so people rationalize buying new. You should easily be able to talk them down on the used car.

Want to get to FI sooner? Here are some tips.

Learn To Work On Your Own Car

DIY items on most cars include oil changes, air filter replacement, and battery replacement. As you get more comfortable with those items you can attempt more complex repairs. You will gain a new skill that you can use for a lifetime and you will save money on labor and parts.

Generally, when you get your car serviced by a mechanic, the parts are marked up. Rockauto.com is a great website that you can use to save a tremendous amount of money on auto parts. Another benefit is that you become more aware of the squeaks and rattles your car makes, so you can address them before they become a problem.

When you do take your car to a mechanic, you’ll be more knowledgeable and know whether a service they’re pushing is necessary.

Related: How To Buy A Used Car

Never Take A Car To The Dealership

I understand that for some people, it’s not feasible to work on their own cars. If your car needs repaired, DO NOT take it to the dealership (unless it’s under warranty) as they often have the highest prices. Find a reputable mechanic in your area by asking your friends, family, and coworkers for references.

In response to Marilyn, who believes it can be a smarter decision to buy a less expensive new car that you plan to keep for a long time—not knowing all the details about the Nissan Altima, it’s hard to determine whether the engine was completely ruined or if it was just a very expensive repair.

Was the $1,500 used to fix the damage from the broken chain or was that related to other repairs and the chain remained unrepaired? I’m assuming she was referring to the timing chain. Those are expected to last the life of the engine and for one to break is not a normal occurrence. Depending on the type of engine, it could be a relatively inexpensive fix. When a car reaches 100,000 miles, things start to fail. That’s normal and many times manufacturers recommend replacing those parts before they cause you trouble.

At 135,000 miles when she bought it, it’s possible the previous owner did not replace those parts and sold the car before they had to spend money on those repairs. But that’s okay. Even after the repairs, Marilyn paid significantly less than buying a new car. The replacement parts are likely brand-new and will last another 135,000 miles without issue.

By learning how cars work and knowing the lifespan of the parts on your car, you can have confidence in the reliability of your vehicle. People often sell a high mileage car after a series of expensive repair bills because they extrapolate the problems into the future. Little do they know, the vehicle would likely go another 100,000 miles without any major issues.

I’m a guinea pig for this scenario.

Financially, the 2007 is winning and it will continue to pull ahead as the 2014 is depreciating at a faster rate. The 2014 has less paint blemishes, but that’s an intangible that I paid for that has cost me at least a year of early retirement.

To answer the question in the podcast, is the six years of useful life worth a couple thousand dollars? No, not financially if FI is the goal. Depreciation is generally too powerful.

Don’t let your ultimate goal of FI get tainted by new shiny things.

Related: How To Get The Most Mileage Out Of Your Car

Don’t Just Look At The Numbers

I listened to Dave Ramsey nonstop for two years. While I don’t agree with him on everything, I think his viewpoint on debt holds a lot of validity.

Why do people pay off their low rate mortgages knowing they can do better in the market and have zero regrets about doing so? It’s not only about the numbers. If anyone has hope of achieving FI, they can’t take the risks of maintaining debt in their lives. 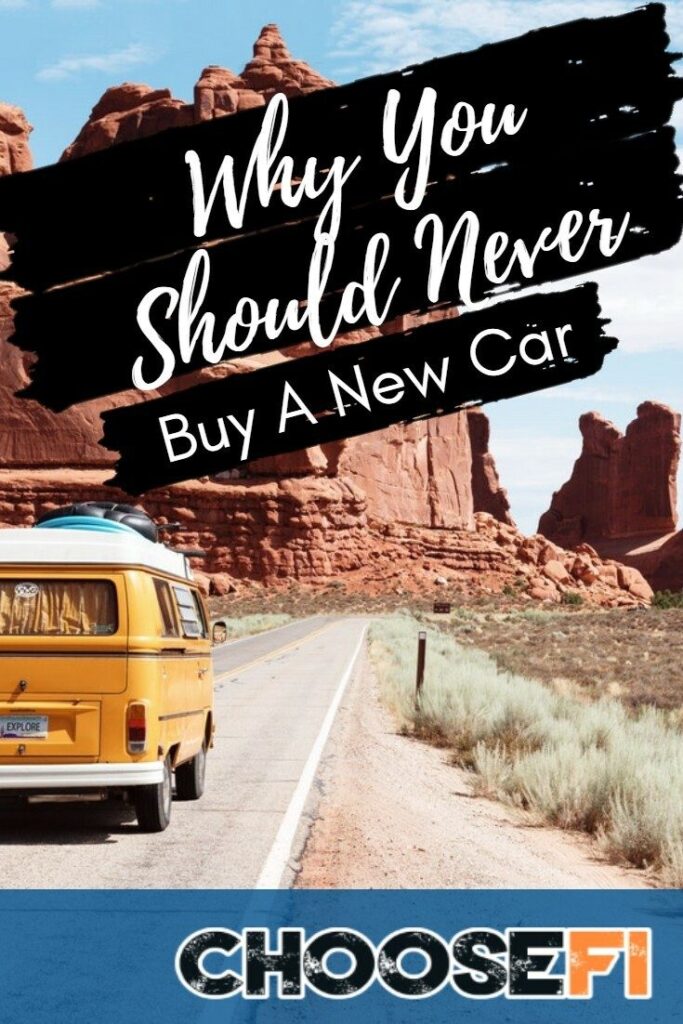