How To Overcome Negative Money Beliefs

As a child, I was constantly exposed to negative money sayings. I still remember that saying, “Money doesn’t grow on trees” from my childhood. It was used to argue against buying an item.

I had created my own world where money was constantly tight. That was just the way life was. I learned to constantly want more money. And yet, when I had money, I’d immediately spend it, keeping me in constant need for more.

But on the other hand, I had another negative belief: to have money is something negative, something to hide.

Why? Because I believed that money causes people to do horrible things.

However, I eventually came to understand that this was just a limiting belief. In reality, money doesn’t change a person’s character but only amplifies it. Being in possession of a lot of money doesn’t turn someone evil. It simply allows them to be themselves on a larger scale.

Overcoming My Own Limiting Beliefs

So my limiting belief was that I needed to spend all my money. I realize now, I did this to avoid being an evil rich person and to keep me in my comfortable state of financial strain.

But by December of 2015, I could no longer stand it. My apartment was overflowing with stuff. The energy in the two rooms was thick and numbing. I felt lethargic and heavy. And I knew that I had to change something.

Do you know that feeling, when you just can’t take something anymore? That’s the best time to start implementing changes!

For me, it was my finances. I finally came to the conclusion that I needed to change my beliefs about money. From there, things moved fast:

Having such a clear and strong view of how I wanted to live and having a blueprint to get me through stressful days at work has helped me tremendously.

Even though I am only a few years into my journey, I feel a calmness I did not have before.

Related: Is It Too Late to Start My FI Journey?

How To Change Your Own Limiting Beliefs

Many of us have negative money beliefs that are holding us back for reaching our goals. If you’re tired of being held back by your limiting beliefs, here are some action steps that you can take to overcome them.

Here’s a great talk from Dr. Irum Tahir to get us started.

Many of us don’t have a good grip on what our limiting beliefs even are. If I were to ask you to write them out, there’s a good chance that you would end up staring for a long time at a blank piece of paper.

But while we’re not always aware of our limiting beliefs, we are usually acutely aware of long-held goals that we’ve never been able to achieve. Some examples would include:

2. Trace Your Unrealized Goals Back To Their Corresponding Limiting Beliefs

Once you’ve identified money goals (or any goals for that matter) that you’ve consistently been unable to reach, try to find the negative belief that lies at the root.

For instance, if you never seem to be able to save up enough money for a vacation, here are some examples of limiting beliefs that could be contributing to your failure:

Related: How To Travel The World For Free The Easy Way

3. Research People Who Have Different Beliefs To Learn Why

Now that you’ve identified your limiting beliefs, most people will tell you, “Great! Now just change them.”

But hold on, not so fast. These ideas are called limiting beliefs for a reason. If you truly believe something, you’re not going to be willing to just toss it to the curb after a 5-minute thought exercise.

Instead, what I recommend is to spend some time researching people who have different viewpoints than yours. Find out what arguments they use to defend their beliefs.

This is exactly what I do when I realize a certain belief is holding me back.

Let’s take our vacation-related limiting beliefs as an example. If I knew that any of those three beliefs were keeping me from doing something that I, inwardly, really wanted to do, I would begin by googling the following phrases:

Notice, that in all three examples I’m purposely trying to find people who have a different point of view than mine.

By doing this, I’m acknowledging that there are some people on this planet who probably have a diametrically different belief than me…and I want to find out why.

4. Test Out A New Belief

Once you’ve seen different ways of thinking about any subject, go ahead and try one new belief on for size.

For example, let’s say that during step #3, you found several people who claimed to use credit card rewards to take regular vacations, even on limited incomes.

If that sounds appealing to you, then why not commit to testing out their credit card rewards methods for six months.

Or, if you read stories of several people who said that their annual work performance was far higher in years that they took at least one week-long vacation, then try it out to see if you get similar results.

And if do you, then guess what?

Congrats! You’ve just replaced a negative money belief with a positive one!

The more you follow this process in small areas (like taking a vacation) the more comfortable you’ll feel trying it out in bigger domains (like starting a business). 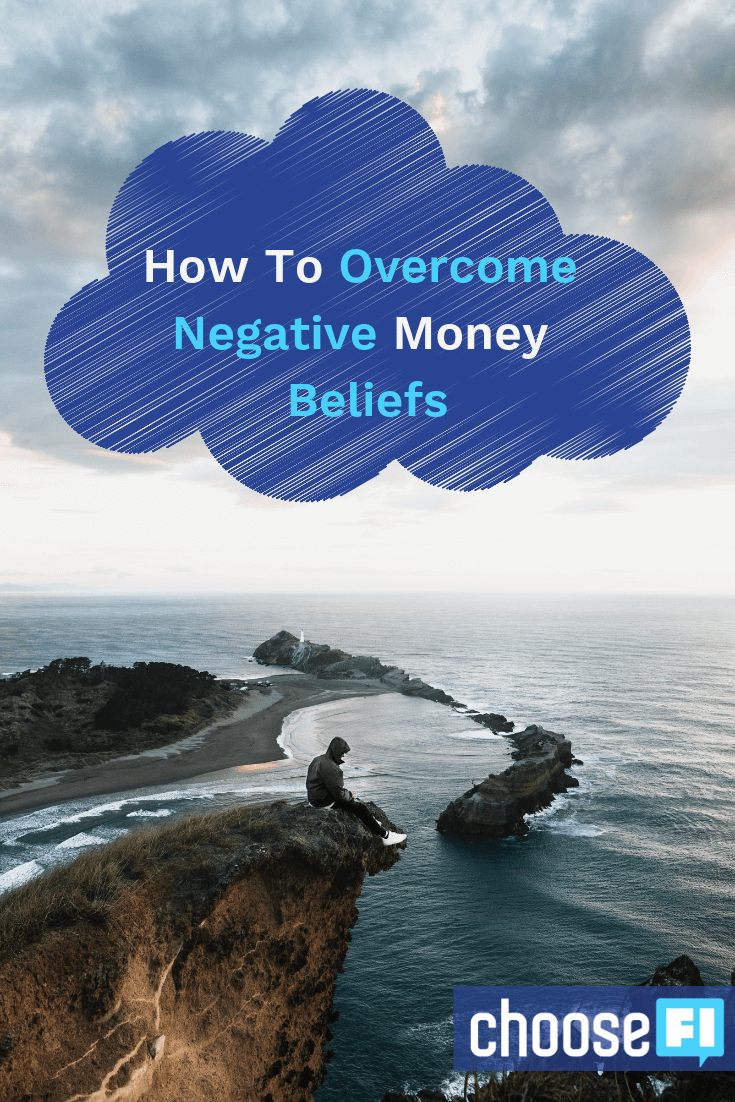