Are you a Frugalist or Valueist?

On a recent podcast, Brad talked about being a valuist. As we’ll see in just a moment, being a valuist may just be the perfect balance between being a minimalist and a frugalist.

Here at ChooseFI, we don’t just want you to just regurgitate our ideas or mimic our behaviors. Instead, we want to empower you to live intentionally.

We want you to figure out what you want out life and set intentional goals to get there. So let’s talk a little bit more about what living life as a “valuist” is all about.

Banking 101: The Ultimate Guide to Banking Basics in 2023

Vanguard Review 2023: Low-Cost Investing On The Path To FI 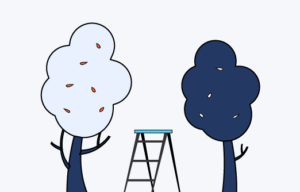 How and Why to Set up a Roth IRA Conversion Ladder

One problem with retiring early is that you can’t access your tax-sheltered retirement accounts until 59 1/2 without taxes and penalties.

Our guide to credit will help you understand what credit is, what it can do, how to responsibly use it, and how to optimize it.

In terms of financial independence, a valuist is someone who spends money on experiences or things that they truly place value on. It is a mindset like frugalism or minimalism but it can represent more of an individualized approach rather than something that fits neatly into the other two categories.

Being a valuist is simply choosing to live one’s life with intentionality.

In the larger picture of life, a valuist is someone who keeps their values in consideration when making decisions. It is a way of making choices and it fits so well with the FI community.

For example, many of us choose to live life with less consumption so that we can get back something that we all value–time. In another example, you might choose to go on an unpaid vacation rather than increase your wealth because time with family holds a lot of value to you.

Choosing to live a life with values and intention is a critical component to finding success and happiness. Intentionality and mindful living have been so absent in a culture that values big houses, fancy cars and impressing the Jones’.

Intentional Living: Helping You Choose Between Your Minimalist And Frugalist Tendencies

There is a lot of overlap between minimalists and frugalists. But when you take both philosophies to their furthest extremes, they could be defined as follows:

Again, these are just the extremes of both mindsets. The truth is I don’t fit perfectly into either box. And I have a feeling some of you may feel the same way.

For instance, I used to consider myself someone who landed squarely in the frugalist camp. But after finally giving in to my wife and watching Marie Kondo’s “Tidying Up” show on Netflix, I have to admit that many of her “minimalist” ideas appealed to me.
But why did we make that decision? Because we considered the emotional and mental benefits that would result from getting rid of some clutter in our lives…and those benefits seemed valuable to us.
And that’s really the point. When you are living intentionally, you are constantly aligning your short and long-term goals with the things that you value the most.
Related: How to Stay Motivated for the Long Term

Forget The Labels And Choose Intentional Living Instead

So do I now consider myself a minimalist? Not hardly.
I refuse to pledge my full allegiance to either side. I’m not about to let myself get labeled as a member of any camp. Why? Because I want to intentionally pursue after the things that make me happy, not what anyone else says I should pursue after.
Below, you’ll see that I land in completely different spots on the minimalist to frugalist spectrum, depending on the topic:

Those are just three examples of how I live intentionally according to my values.

But you may have a completely different value system when it comes to clothes, cars, and travel. And that’s great too. The key is to ignore the noise and opinions of others and make intentional plans to turn your dream life into your real life.

All these examples help illustrate why becoming a valuist is so important. It allows you to let go of other people’s expectations for your life. And it frees you up to start intentionally chasing after the things that really matter to you.

Get Your weekly FI update from Brad