The Journey Begins–Why I’m On FIRE

“Are you almost done daddy?” My oldest son eagerly asked, dressed in his policeman Halloween costume. Behind him stood his younger brother, dressed as batman, his younger sister as batgirl, and his baby brother as Spider-Man.

They had been looking forward all day to a trunk-or-treat at the church and had been doing their best to be patient. I was sitting next to our only vehicle with dirtied hands and feeling defeated. I’d managed to remove one rear wheel and the old brake pads. I was attempting a DIY brake job, not because I’m handy with cars (quite the opposite), but because we didn’t have the money to take it in.

I had successfully turned what I thought would be a quick project into an all day saga, thanks to not having all the right tools and a stubborn rotor.

As I stared, perplexed at the caliper and after consulting the all-knowing world wide web, it became apparent that I needed a special tool that could be rented from the auto parts store. I couldn’t get there in a car with three wheels and I wasn’t about to put it all back together just to take it apart again! A ride sharing service seemed like the best solution. In what felt like the first win of the day, I redeemed a new rider discount for a free first ride and was there and back in no time. The sun was setting but I was determined to come through for my kids. The tool made quick work of the job and I finally had the new pads installed and the wheel back on.

We got the kids loaded up and raced to the church hoping to catch the last bit of the party. My worst fear was realized. My optimism was fruitless. The parking lot was all but emptied and the stragglers were cleaning up the leftovers of a good time. The looks on my kids’ faces as we told them we missed it are imprinted on my mind. I had failed. I couldn’t help but blame the parenting blunder on our financial situation. If only I made more money I could have taken the car to the shop like most people. If only we had saved some money for a rainy day. Had I not been working an extra job to make ends meet, I would have had time earlier in the week to take care of it.

Why I chose to pursue FI

It was reminiscent of how I felt a few months previous. We were getting the kids ready for bed one night. As I helped my son step into his pajamas, his foot got caught in a hole in the knee–ripping it wide open. “Why do we even still own these pajamas?!” I said in an exasperated tone. “Can we please get rid of these?!” “You said we could only buy things if we really needed them and these were some of the few that still fit him.” was my wife’s response. It hit me like a brick. She was right…I had said that during one of our budget discussions.

I felt awful realizing that my pleas for a more frugal lifestyle led her to the conclusion that we couldn’t afford a $10 pair of pajamas or that clothing our kids properly wasn’t a “need”. If only we were out of debt we could stop living paycheck to paycheck and ease up on the budget.

On another occasion, my sweet daughter asked if we could buy a mask that looked like me so that mommy could wear it and go to work in my place and I could stay and play for once. I couldn’t blame her…After all, I had been working a full-time job and delivering pizza three (or more) nights a week for almost two years. I silently cursed my dependence on my job(s) and couldn’t help but wish I had more freedom with my time.

How I Found FI

I was already an avid Dave Ramsey listener. I knew all the principles. We had tried to start the “baby steps” many times. But in Dave terms, I felt like our shovel to hole ratio was too small. Whenever we began to gain traction, Murphy would pay us a visit. The light at the end of the tunnel really did seem like an oncoming train. We were in debt, and the biblical warning– “the borrower is a slave to the lender”–was becoming more and more true.

Around this time, through a series of fortunate events, I came across the financial independence community. I was inspired. I’d found new hope and meaning. I saw the bigger picture. My views on money and life changed. My wife and kids were always my “Why?”, but the “How?” became more clear.

Now, after “going down the FI rabbit hole, I am committed to giving my family the life they deserve–one with me in it. While I know that the journey will be more difficult on one income with five kids and counting, I believe that with some creativity financial independence is attainable. I want to be held accountable, and I want other one income families (and anyone else) to be inspired. I want to “spread the FIRE”.

As other families with small children will understand, the most common phrase we hear from strangers is “You have your hands full!” So please, follow us on our journey as we pursue financial independence as a family and prove that it’s possible to have our hands full and our pockets! 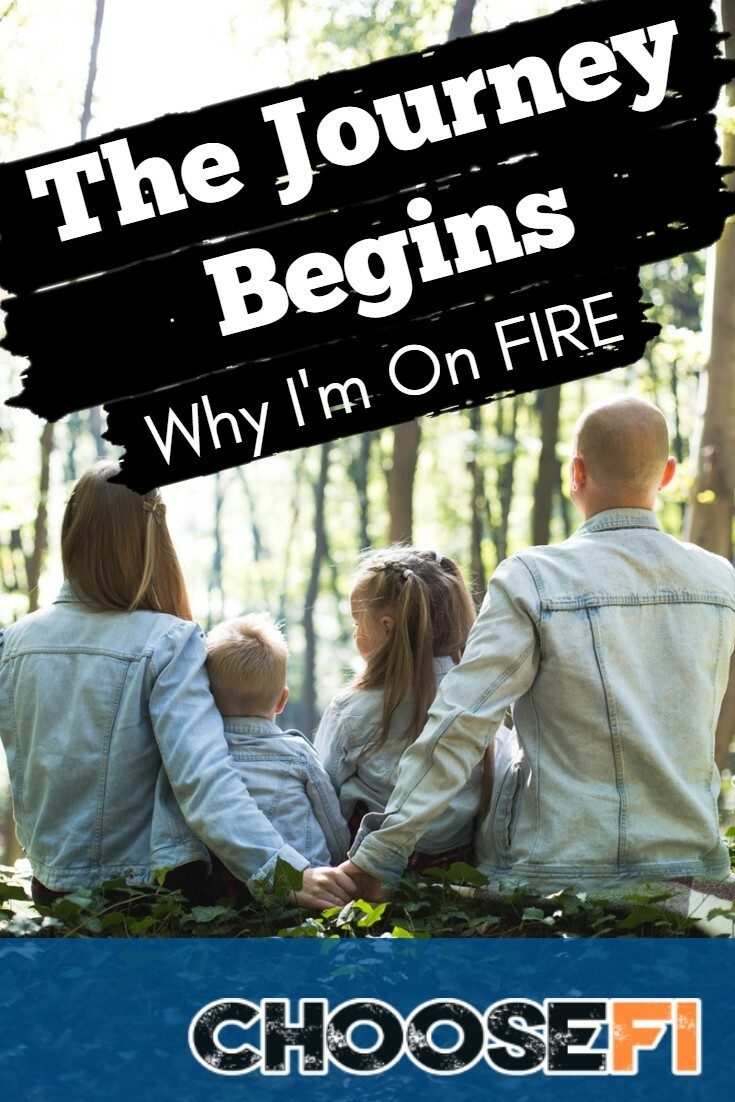