The Allowance Envelope: The Best Budget Around

I absolutely love budgeting. Call me strange, but I love it. And, the allowance envelope is probably the budget I use the most.

As a single person, it was the cornerstone of my budget, and it was the easiest budget in the world to follow. Now that I’m married, it’s a relationship saver!

I don’t think my wife would say that she loves budgeting as much as I do, but she sees enough of the benefits that she stays on board with me. For anyone, single or married, it helps you know what you’re focusing on. Done properly, it can open communication between spouses as well.

Even though we can see the benefits, it might sometimes be hard not to feel a bit constricted or controlled by your budget. My wife and I use the envelope system. To keep ourselves from feeling constricted, we each have an allowance envelope.

My wife and I can usually agree on all the essential envelope categories. We need to:

But, do I need to work at a cafe today when I’ve got a desk at home? Probably not. Does she really need to spend that much when she meets her friends? I guess it depends. But, neither of us care about these questions! Because, we take these sorts of things out of our respective allowance envelopes.

The allowance envelope is just an envelope with my name, and another one with her name. We put an equal amount in each of them each month, depending on how much we have. We NEVER question what the other is spending in that category!

This lifts all pointing fingers of one person controlling the other. We agree on the essentials in other envelopes, but this envelope frees us both!
We’ve used this envelope pretty much from the beginning of our marriage, and the beginning of our budget, four years ago. We’ve never had an argument about one controlling the other. If that’s an issue in your household budget…start using the allowance envelope.

Related: How To Get Your Spouse On Board With FI

My wife and I are a little weird in that we both ask each other about nearly everything. She’ll often call and ask if she can buy a $10 t-shirt. It’s not that I’d care if she showed up with a $10 t-shirt in her shopping bag, especially since we have a clothing budget. But, it’s just an odd habit we’ve formed.

We have a family budget where she can buy her mom dinner or gifts or whatever. But, she’ll still ask if she can spend money out of there. I’m always like, “I don’t care! That’s what it’s there for.”

With the allowance envelope, neither of us needs to ask the other. If we want to meet a friend, grab a coffee, pick up something special at the grocery store, or whatever else wouldn’t normally be in the budget, it just comes out of our allowance.

The Allowance Envelope Brings Back the Romance

After marriage, it becomes a necessity to budget for your date nights. When we were dating, I loved treating her to dinner. And, she loved taking me for dessert or coffee afterward. She might even pay for a movie or something. Plus, after her paycheck each month, she had a tradition of treating me to a steak dinner.

But, if you join your finances after marriage, who’s paying for dinner? If it comes out of the dining budget, then you’re both paying for it in a way! It doesn’t sound so romantic anymore when the check comes and you say, “can you take this out of the dining envelope?” Or when you buy an anniversary gift, but she sees it come out of the “gifts” envelope.

With the allowance, we can still treat each other from time to time! Sure, dinner technically comes out of our combined budget, but I might buy dessert or drinks out of my “allowance.” She’ll often do the same for me. It’s a great way to put a little spark into married life.

For singles, make your entire budget an allowance envelope!

When I was single, budgeting was easy! I looked at my paycheck and took out all my fixed (or at least predictable) expenses such as rent, utilities, taxes, etc. With the leftover, I decided how much I wanted to save. Pretty easy math so far! With the remainder, I divided by four or five weeks in the month and that was my allowance.
I used my allowance for nearly everything! It was money to spend shopping, going out with friends and even groceries. I took it out of the ATM, cash, on the same day each week. Let’s say is was $150. I’d pull it all out on Friday, tuck away maybe $50 until Monday (to make sure I had enough to buy food for the week), then I went out for the weekend!

I lived in the city at the time, so I’d usually put $10 on my bus card to make sure I could get around. And, that was it! It was the easiest budget ever. But, I knew I had my living expenses covered. I knew I was saving money. I made sure to have an emergency fund, so I wasn’t concerned about problems that came up.

I don’t know how you can pursue FI without a budget. Maybe it’s just me. But, with an allowance envelope, it’s much easier to do. 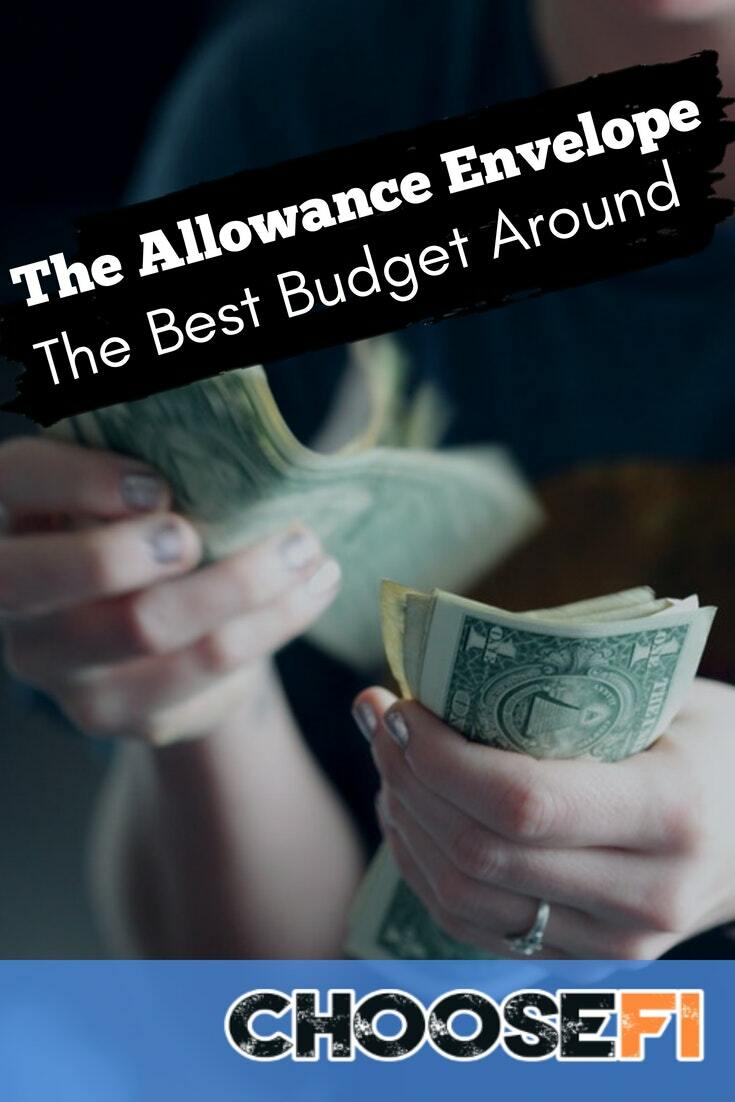 In this week’s episode, Brad and Jonathan discuss different guidelines that can help ensure your mortgage won’t infringe on your FI goals!