Cut Your Cell Phone Bill in 2021 | Hint: It’s Not Republic Wireless Any More 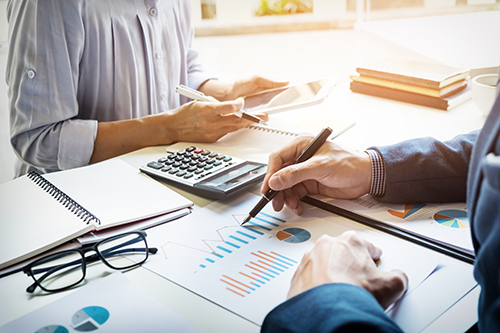 For the longest time, whenever we give advice on ways to cut your cell phone bill, one of our go-to recommendations would be Republic Wireless.

However, with more competition having entered the Mobile Virtual Network Operator (MVNO) in the last few years, Republic Wireless is no longer competitive.

Instead, we now recommend Mint Mobile.

Mint Mobile is a good apples-to-apples comparison because both are MVNOs that use the T-Mobile network. So reliability and coverage would be almost identical, and we can just focus on the price and value.

And my goodness, what a difference!

If you think can save more money with Republic Wireless by scrimping on data usage, think again. Republic Wireless smallest data plan is 1Gb/month, and when paid annually, is still costs $200! That’s $20 more than Mint Mobile’s 4Gb/month entry level plan.

Since switching carriers is a 5-10 min task, we at ChooseFI now recommend Mint Mobile as the first choice for people looking for quality and value.

Get Started with Mint Mobile

We have left our previous review of Republic Wireless below, as it is our hope that some day, we will be able to recommend it again after Republic Wireless levels up its game and is able to compete with other VMNOs like Mint Mobile.

Republic Wireless has a super easy to understand plan structure. First, you get unlimited talk and text for just $15 per month. If you want cell data, simply pay $5 per GB. If you run out of data during a month, you can purchase extra data at $5 per GB through the Republic Wireless app.

While this can be inconvenient at times, you’re saving a lot of money on your cell phone bill. To me, the tradeoff is worth it.

Get Started with Republic Wireless

Republic Wireless offers many phones to choose from that range from inexpensive to satisfy those on a budget to pretty pricey for those that want the latest and greatest technology. Unfortunately, Republic Wireless does not support iPhones at this time.

For Motorola phones that you do not purchase through Republic Wireless, the phones need to be the North American unlocked version and on software channel RETUS or AMZ to be compatible with both of their cellular providers.

Get Started with Republic Wireless

Republic Wireless is constantly trying to innovate when it comes to how we use our cell phones. For instance, they came out with a product called Relay which is sort of like a cell phone walkie-talkie with no screen. It allows kids to stay in touch with their parents and select others without having a screen to stare at all day.

Republic Wireless has also come up with Republic Anywhere app, which allows you to make calls, send text messages and find your contacts information anywhere. It works with Android devices, iOS devices, Windows PCs or Macs. They’ve even invented a smartspeaker that doubles as a phone to use when you’re at home to make calls, called Anywhere HQ.

You do have to return the phone in like new shape with all of the original packaging and components. If you’re missing anything or the phone has been damaged, you’ll be charged for missing or damaged items. Accessories can only be returned if they are unopened and undamaged.

So, what are you waiting for? If Republic Wireless sounds like a good fit for you, give them a shot. If you don’t like them, you can always use the 14 day money back guarantee.

Get started with Republic Wireless here.

In this week’s episode, Brad and Jonathan dissect the idea of earning power being used as a weapon to combat inflation, and strategies you can