Sunny and his wife are 88.92% of their way to FI at only age 28 while living just 15 minutes outside of New York City.

As one of four children in a home with a below-average income, Sunny grew into a naturally thrifty person. That base of financial awareness has led to an extremely successful financial life.

After a successful high school career filled with good grades, Sunny chose to attend the Stevens School of Technology. The tuition for this prestigious school was around $35,000. Sunny was able to keep costs low by living at home, commuting on a motorcycle, earning many merit scholarships, and qualifying for a lot of financial aid.

Even with all of those scholarships, he had to take out student loans to cover the rest of his expenses for freshman and sophomore year. In total, he took out around $15,000 in student loans.

However, in his junior year, he applied and landed a scholarship that paid him to go to college. Not only was all of his tuition covered, but it also paid a cash stipend of $25,000 a year to go to school. He held that scholarship for his junior and senior year which allowed him to leave college with a positive net worth.

In order to get paid to go to school, Sunny landed the Department of Defense Smart Scholarship in his junior year. However, he says that it is completely possible to get this scholarship in your first year.

The scholarship was a recruitment scholarship for top talent into the military. The deal is that for each year you accept the scholarship, you are required to work for a year at the military facility that sponsored your scholarship. For Sunny, that meant working at Picatinny Arsenal in New Jersey for two years after graduation.

If you are in a STEM field, then you might be able to land this scholarship. It is a competitive scholarship, so you should maintain a 3.5 GPA or higher. Also, you can increase your chances by interning at the sponsoring military facility. Or you can find a reference letter from active military or retired veterans that you know.

When you are awarded the scholarship, it is well worth the effort. It includes full tuition, a stipend of $25,000 a year, and money for books each semester.

Another way that Sunny produced an income in college was by flipping cars. In total, he has owned 19 cars in his life and sold 17. The average profit of each flip was $1,000 and most were done in the span of three years as a way to pay for college expenses.

The side hustle began to unfold his senior year of high school. He worked at a Taco Bell for six months to save up the capital for his first flip. At the end of six months, he quit his job at Taco Bell and bought his first car to flip. It was a 1999 Mitsubishi Mirage with 115,000 miles on it which he bought for $1,400. Two weeks later he sold it for $2,850!

The idea to do this came after watching his dad occasionally flip cars. When he bought his motorcycle for well under market value, he knew there was an opportunity to earn money through this. On average, he bought cars for around $2,250 and flipped them within a few weeks.

I tried not to buy fixer uppers, I just tried to find cars that were really good deals…What I would recommend, is for people who really want to do this, is to have your cash and be the first one to show up.

He found these deals on Craiglist, but would also recommend Facebook Marketplace. Sunny claims that he is not a mechanic, but just looked for good deals.

How To Flip Cars

Processing the sale is not as difficult as it might seem. Sometimes Sunny will go to the DMV with the seller to title, register, and inspect the car. By going to the DMV, it was a more expensive process due to sales tax.

However, his preferred way is to “inherit the title” by paying the title fee. In this case, the seller would drive the car to Sunny’s driveway and sign over the title as the seller, similarly to a wholesale deal. Then when Sunny found a buyer, he would have the buyer sign the title as the buyer. Check out Sunny’s resource on how to flip cars.

Listen: Finding Your Side Hustle Idea With Nick Loper

Real Estate On The Path To FI

After Sunny graduated college, he started listening to BiggerPockets which gave him many ideas about real estate and house hacking. Convinced they wanted to pursue this opportunity, Sunny and his wife decided to make the hard choice to live with his parents in order to save up for a down payment.

At the time, they were making around $100,000 together and with cheap rent of only $500 a month for his bedroom, they were able to save $75,000 in 2 years for a down payment. With a total of nine adults in a smaller home, it was definitely hard-earned savings.

[Moving in with family] was a sacrifice we made, kind of towards investing in our future. And eventually, in this plan to invest in a rental property.

Once they had the down payment, they started searching for their house hack opportunity. It took over a year of actively looking to find a deal in a competitive market.

The property had four units with three-bedroom apartments in Garfield, New Jersey. They were able to score this property because it was bank-owned real estate and was only available to buyers that would live on the property. The bank, Wells Fargo, offered this Home Path program at the time, which meant that for the first 12 days a property was listed, only owner-occupants were able to make offers, not investors.

Immediately after seeing the place, they contacted the real estate agent and put in an offer.

If you live on the property, [the bank] figures you’re going to have pride of ownership. And you’re going to take better care of it than an investor who’s not really there.

Originally, the property was listed for $475,000 but they were able to buy it for $430,000 due to a decommissioned oil tank on the property. Sunny and his wife were able to secure a mortgage with no PMI with only 10% through a small local bank, Trustco, which also offered a competitive interest rate.

When the couple bought the property, it was completely vacant. Although it was great that they could place their own tenants, it was difficult to deal with the holding costs of an expensive mortgage and taxes. However, the couple made it work.

Sunny and his family moved into the worst unit on the property. His in-laws moved into the best unit on closing day for $1,000 a month instead of the market rate of $1,500. Immediately, they renovated the other two units to get them ready to rent out. It took three months to complete the renovations.

Once the units were ready, Sunny listed them on Craiglist and Zillow for $1,700. Each Saturday and Sunday they would host an open house. Plus, they offered a one-weekday showing of the unit.

The applicants had to meet a strict list of requirements set by Sunny. Their income needed to be 2.5 times the rent with a credit score of at least 630. Plus, they needed to pass a background check.

After finding tenants for both of the units, they were able to finally earn a small amount of cash flow while living on the property for free. Waiting for the right tenants paid off because it allows for a good tenant relationship.

After buying their first house hack in 2015, the house was appraised for $630,000 six months later. With the increase in value, they were able to take out $67,000 through a cash-out refinance to use for their next property.

That property has recently been appraised for $525,000.

The goal of investing in these properties was to produce an income to live off of in the future. The liabilities of two large mortgages can seem overwhelming, but with the rental income, it is a comfortable way of life. Currently, they are able to live for free and earn a net profit of $20,000 a year.

As a family, they spend around $51,000 a year. They hope to gap between rental income and expenses in the future as the mortgages are paid off and they find more properties to invest in.

On their current path, Sunny and his family will likely be FI when Sunny turns 30 in two years. However, these choices have already made a huge impact on their life. Sunny’s wife is able to stay at home with their two children. Eventually, the goal is to become a stay at home family when Sunny leaves government work for good.

Check out the recap of this episode here.

You can reach out through his blog, FamVestor. Also, he is on the ChooseFI forums regularly and hosts events for the ChooseFI local New Jersey.

Biggest Financial Mistake: I bought stocks in a brokerage account in a non-taxed advantage account instead of a Roth IRA, getting taxed twice.

The advice you would give your younger self: Wishes he was bolder growing up and take more action at a younger age.

Bonus! What purchase have you made over the last 12 months that has brought the most value to your life? Armed Forces Vacations Club week-long vacations for a BOGO vacation. 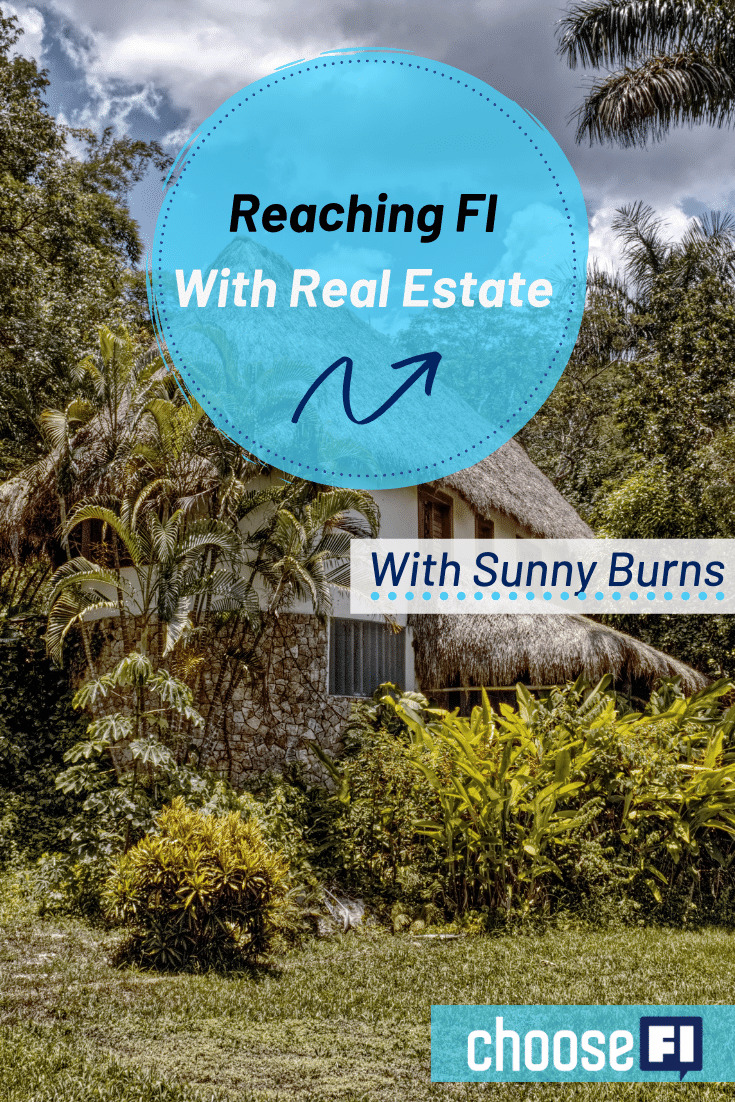