Student And Business Loans = Over A Million Dollars In Debt

Brendan grew up in a small, poor town in Maine. His father spent money faster than he could earn it. Even as a teenager, Brendan knew he wanted to find a career that would get him out. In high school, he went to live with his older cousin who happened to be a successful orthodontist. His cousin thought completely differently about money than Brendan’s dad and this completely shifted Brendan’s dreams of the future.

Finding a profession meant college, and with a combination of private and state schools, he ended up with a large student loan burden.

To help him pay off this debt, Brendan participated in the Public Service Loan Forgiveness program. Which in his case, meant he just had to go back home and work where he grew up for four years. He received $50,000 off of his student loans for the first two-year commitment, then $35,000 each year for two years after that. This wiped out $120,000 of his student loans.

When he met his wife Alexis, she had over $300,000 in private university and private dental school debt. His positive net worth was now back to negative.

Soon after getting married, they purchased two dental practices along with the buildings they were in. Their total debt now totaled over $1,000,000.

They both spent 60-70 hours a week practicing dentistry and running those businesses. Five years in, they were nearing burnout and the stress was showing. The pressure of the debt was visceral which was not conducive to starting a family. They caught a cheap flight and had a heart to heart weekend which led them to make some needed changes.

Their need to start a family was heavy on their hearts. They knew they had built their dental practices up quite a bit and the area had seen some price appreciation on land. Selling seemed like a viable option.

First, they merged both practices into the larger of their two buildings. They then sold this practice to a management company that specializes in dental practices, via owner financing. This allowed them to sell the practice but still continue working in it as W-2 employees with a salary. His patients didn’t even know the business had sold.

At the time of the sale, they received a lump sum which they used to pay off Alexis’ remaining $200,000 in student loan debt. The balance of the sale was structured with payments in the amount of $45,000 per year for five years. This money, along with their new wages, quickly paid off their home.

Their last debt was on the smaller building which had an apartment over it. While pondering what to do long term, monthly commercial and residential rent was collected. Finally, in 2018 they decided to sell, again with owner financing.

The buyer made a large down payment, and with money they had saved in an investment account, Brendan and Alexis were able to pay off the remaining $180,00 mortgage on the building. Holding the note is great, as long as you don’t mind getting the property back if the buyer defaults.

Holding the note for the new buyers had several upsides.

The buyer didn’t have to go through all of the bank paperwork on a mixed-use residential/commercial building and was able to get more favorable terms. Alexis and Brendan also allowed the mortgage to be interest-only for the first four years so that the new owners can better cash flow work that they want to put into it.

Getting 5% interest on a property they could easily sell if they needed to take it back is a good thing. Earning an income off of it for the next 30 years, netting triple the loan value is even better.

When Brendan lived in Maine, he bought a piece of land that he thought he wanted to build a home on. He used it for camping and fishing and was paying it off as aggressively as he could.

After he realized it didn’t fit his live plans anymore, he decided to sell it. Again, he decided to owner finance it. He got enough from the down payment to pay it off. He, as the “bank,” has the freedom to offer longer terms for repayment than can be obtained from a bank on a land-only loan. It now provides monthly income. Functioning as the bank is a wise thing!

Selling to the corporation allowed them to set their own personal conditions of employment.

They each work three days a week. This allows them to balance the care of their baby with the care of their patients. They both still love being able to help people and feel they have the perfect work-life balance.

Brendan has been able to take on a mentoring role in the new company and relishes the opportunity to grow professionally, personally, and financially. Worrying about making huge payments is a thing of the past. Now they invest their paychecks towards the future!

Back in his stressful days, Brendan thought he wanted to retire early. But now that he has more control over how he spends his time, he finds purpose and enjoyment in working.

Their entire life used to be the business. Looking back on it now, they didn’t know they were going to “buy low, sell high” but it turned out very well for them. They sold the last (smaller) building in 2018 and with the owner financing, it pays them a steady monthly income which they throw right into the taxable account to invest each month.

You Can Do It Too

This is a viable path to financial independence. People often think only “tech companies” can sell for big dollars, which is completely false. If you have a smaller business, put work into it, you could mimic their story to some degree. Look for an established business that is undervalued, or start your own. Build it into a successful business and then look to sell. If it has clients and cash flow, it has a value, and you can potentially sell it for a profit.

Privately Held Mortgages Earn You Money, Like A Bank

Real Estate attorneys can draft the Bill of Sale and Privately Held Mortgage. This can be a very personal, yet flexible, kind of transaction. Know who the buyers are and make terms that are agreeable to both parties.

As in Brendan’s case, the buyer wanted more cashflow early, so structuring it as interest only for four years worked. As long as you meet minimum interest rates, which you can look up from the IRS table of imputed interest, the reset of the terms are up to you.

The cost of drafting this kind of legal document is about $200, but even $500-$600 is reasonable. You’ll pay the fee, even if you use a realtor or a bank loan. You may also still need a realtor and pay those fees for listing, but in the end, you can shave 6% down to 3%.

Finding the FI community was so freeing to Brendan and Alexis because they found others to talk with about money!

All the aspects of Fiancial Independence are taboo in our culture and it has been so nice to connect with a tribe that truly gets what living your best life is all about.

What is your favorite blog that is not your own?: The first blog that I got into like many people was Mr. Money Mustache. A friend thought I would like MMM, so I checked it out. I read every article in order over about two months. It really changed my perspective. Prior to that, I thought early retirement meant 55. Reading his stuff made me think I wanted to retire early, but now I’m into the fully funded lifestyle change approach. I appreciate having my finances in order and being able to work a bit less and spend more time with my family.
What is your favorite article of all time?: From MMM, What Is Stoicism And How Can It Turn Your Life To Solid Gold. I guess I had been a bit of a stoic, but this article really helped frame my life at a point where I felt a bit lost. We hit that point where we “hadn’t dreamed this far.” Now having the lens of stoicism helps me to practice gratitude and plan out the next steps in my life.
What is your favorite life hack?: Meal prep to make lunch a week or two at a time so I can just go to the freezer and grab one. It’s a big time and money saver. If I eat lunch out, I want to be able to sit and enjoy my meal. Rushing back to work ruins it for me. I’ve also always been a credit card optimizer. Having multiple cards so I can get the most points per category. My wife and I love cruising and have used Chase points to cruise for free. That feels pretty great.
What has been your biggest financial mistake?: Buying into a financial scheme marketed to professionals to set up different entities and corporations in different states with the purpose of protecting me if I was sued. Being newly engaged, I thought this was a tool to protect my family. This tool was also supposed to help with taxes, I was thinking “Hey if I can pay less in taxes, why not?” Foolishly, I paid the company $5k. Eventually, I consulted a Certified Professional Accountant and an attorney. What this company was recommending would have ongoing cost and hassle if I got audited. Soon, I scrapped the plan and learned a valuable lesson to not get caught up in people trying to market a special trick to avoid taxes.
What advice would you give your younger self?: I would have taught myself about real estate at a young age so that I could have made some investments early on and used my youthful energy to rehab some houses. I’m happy with my financial position but having some real estate income earlier on in life would have allowed us to reach financial peace sooner.
Related Articles: 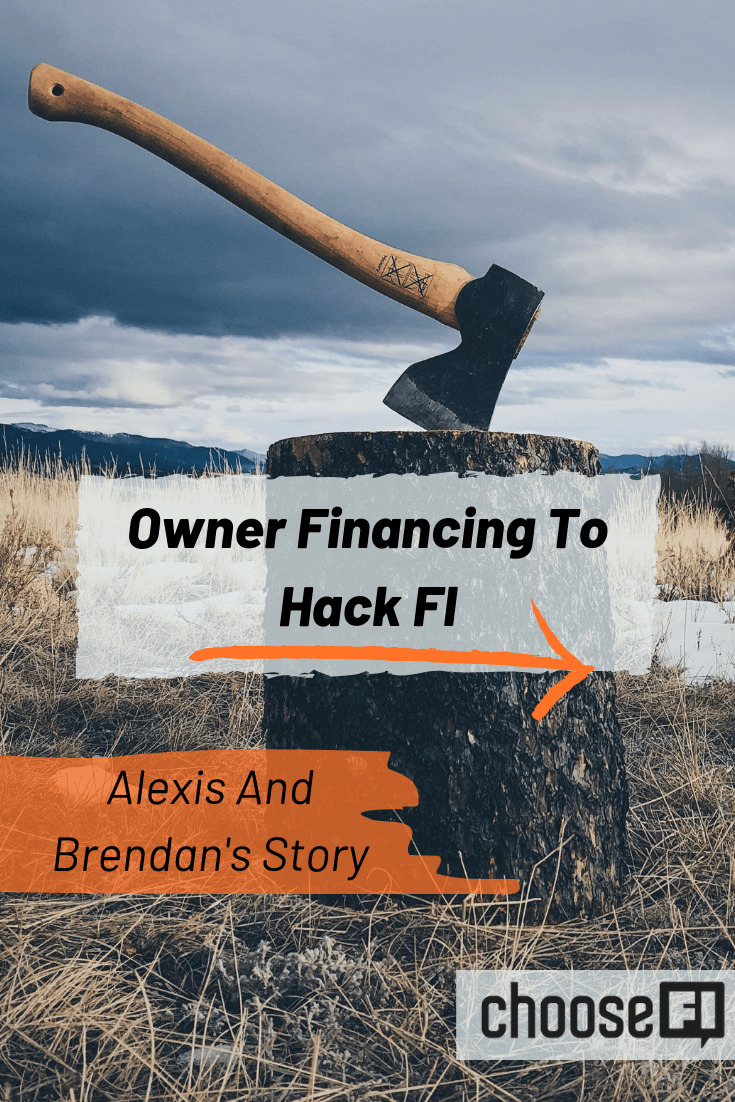