Little FI-ers: Is Education Everything? Planning And Saving For Our Kids

“Education is the most powerful weapon which you can use to change the world.” – Nelson Mandela

Mr. MoneyPenny and I have two young boys and our oldest is starting Senior Kindergarten this year. Mini MoneyPenny is probably typical in many ways–super energetic and full of joy, but he’s also a bit of an anxious kid–very hard on himself and turning thoughts over and over in his head. So after 15 months at home with him I went back to work and we put him in a small beautiful daycare that was peaceful, cozy, and nurturing. He flourished there and we breathed a big sigh of relief that we didn’t totally mess up our first major decision for him. But now he’s four–time to hit the big leagues of ‘big kid school.’

I’m panicking. I couldn’t exactly put my finger what was bothering me so much about my little guy going to ‘real’ school. After some navel gazing I realized that it’s because I know just how important education is. It was likely one of the major contributors to Mr. MoneyPenny and I going from lower-middle class immigrant kids to professionals with good jobs. It’s certainly not everything, but being able to move ‘up’ economically in one generation on the shoulders of our education certainly colors our perspective as to how important it can be. (Sidebar: apparently this whole concept is also known as intergenerational economic mobility and it’s a real thing–check out the box).

So what does this mean in terms of school for our boys in these early years? And what does it mean for any kind of an education fund for post-secondary opportunities? 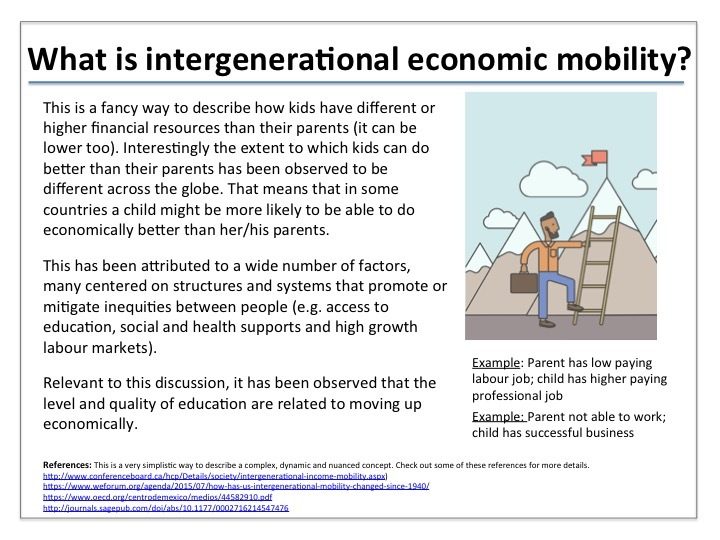 Looking At Primary Schools With A FI Lense

In our city there are lots of good schools–public, private and independent. A knee jerk reaction could be to find the school with the best standardized test scores, university entrance rates or some other measure. And then, regardless of price, sign Mini MoneyPenny up. But since we are trying to reach financial independence (FI), we are hoping that perhaps there is another way that we could look at this. Let’s go back to basics–what’s education really for anyways? There are many perspectives on this and different approaches might be right for different families. For us, we are hoping that a school education:

This means that there are many things that we hope a school education will be for Mini MoneyPenny–but only one is about financial success. It’s funny because going back to the history of where Mr. MoneyPenny and I came from you’d think that financial security was the primary goal of education.

But our kids will now have the luxury of coming from a family that’s on the road to FI. Perhaps there is a way that we can take care of the financial stability piece so that we can concentrate on some of the other things.

We did some research on a local independent school with lots of great features and reputation. The cost would be about $16,400 per year (sadly, this cost is actually comparable to daycare). Another way one could look at this would be to see what it would look like if instead of paying this for this independent school, we invested in low cost index funds and sent him to public school?

The independent school has tuition fees and some extra fees that bring the total to just over $16K. For public school there would be a cost for before and after school care (ie. Since it ends at 3 pm and we work until about 5 pm). I also added a little extra to the public school costs in case we have to pay for some out of pocket tutoring, and the independent school includes some extra curricular activities that we would have to pay for. But the net of public vs. private would be approximately $10,000 each year that could go into index funds.

If we invested that $10,000 each year for five years, earning an average of 6%, that would come to approximately $75,588. If at that point we stopped contributions and just let it grow for another 25 years, the balance would be around $292,387.

This means that even if Mini MoneyPenny didn’t contribute anything else to this fund, he would have just under $300K by age 30. He would be well on his way to FI!

Related: How FIRE Is Different Today–Lessons From My FI Journey

Not Everything Is About The Money

After many discussions, lots of research and even some financial modelling and projections, we realized that sometimes decisions like these are more than just about the money. Earlier I listed out some of the goals that we had around education that weren’t financial in nature. What we have come to realize is:

All this to say that as of today we are signing up for MiniMoneyPenny to attend this great, nurturing independent school. Of course, it’s not September yet and so there’s still time for us to analyze and obsess some more!!!

There certainly is some debate as to whether parents should be saving for their kids potential post-secondary education and if so, how much. Not wanting to get too much into this discussion I can say that for Mr. MoneyPenny and I, we do know that we want to save something for the boys. For us it basically comes down to trying to provide options for them–whether it be for university, college, trade school or something else. We also want to be able to support them if they decide to go the entrepreneurial route, which would not be part of the scope of traditional education plans/funds.

So what is this going to look like for us? First thing that we wanted to do was get a ballpark idea of how much a standard four-year degree might cost. Where we live it looks something like this:

This is estimated to be over $130K for a four-year degree by the time Mini MoneyPenny turns 18. For us, a reasonable target could be $100K (yikes!) This amount would leave room for Mini MoneyPenny and eventually Baby MoneyPenny to make up any shortfall and their spending money with their own savings.

Now, how on earth are we going to get to that? This is where the power of time and compounding comes in. Our plan is to take advantage of an investment vehicle available to parents where we live that is designed to help families save for their children’s post-secondary education. This mechanism has two great features–firstly, it gives us access to a Federal Grant Program, and secondly, it’s a way to generate tax-deferred income. Without getting too much into the details of the program itself the math is outlined in the table below. From birth to age 13, we are going to try to save $2500 per year (around the minimum required to get the government grant) and with the government grant invest into low cost index funds.

At age 13, we will have maxed out access to the grant and so at that point we will likely switch mechanisms to a tax-deferred vehicle which allows for growth on one’s investment tax-free. This mechanism also has the advantage that it does not have to be used for education and so could provide flexibility for us to support Mini and Baby MoneyPenny on whatever paths that they choose for themselves.

Now, I know that investing almost $50,000 over the course of 18 years is not trivial, but we are going to try to make it a priority. With access to the grant of about $7,000 and the power of compounding, our investment is estimated to pretty much double to over $100,000. Seems like a pretty good return on investment to me 🙂

Does this seem like a reasonable plan? What are some of your objectives for your kids’ education? What does your plan look like to help them get there? 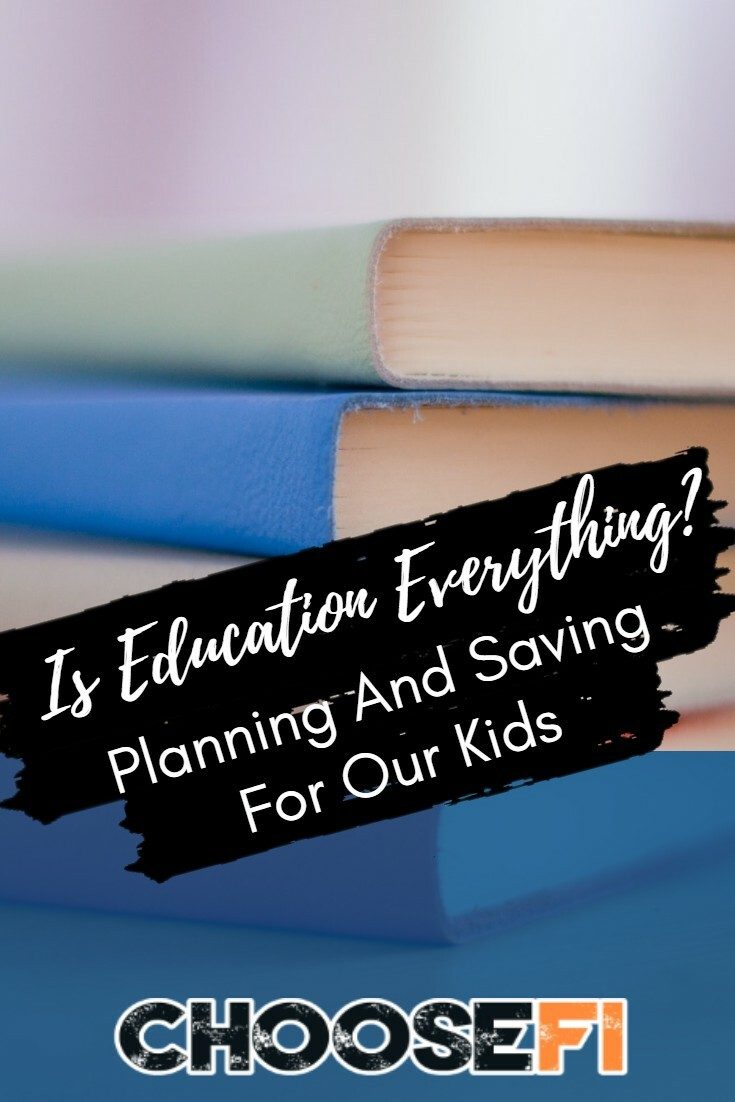