Share This Post
Share on facebook
Share on linkedin
Share on twitter
Share on email
Share on pinterest
Choose FI has partnered with CardRatings for our coverage of credit card products. Choose FI and CardRatings may receive a commission from card issuers. Opinions, reviews, analyses & recommendations are the author’s alone, and have not been reviewed, endorsed or approved by any of these entities. Disclosures.
Advertiser Disclosures.
0.75x
1x
1.25x
1.5x
2x
0:00
1:18:55
Apple PodcastsGoogle PodcastsPlayer EmbedShare Leave a ReviewListen in a New WindowDownloadSoundCloudStitcherSubscribe on AndroidSubscribe via RSSSpotifyApple Podcast

Rob and Reshawn came from similar backgrounds with teenage single mothers. However, they developed very different opinions about money.

Rob grew up poor and found his way out of a bad situation through the military.

He joined the Marines as soon as he graduated high school. In fact, he signed up for a delayed entry program. That allowed him to sign up for the military as a junior and attend basic training right after graduation.

Although he earned a good income in the military, he spent everything he earned at 18.

After the military, Rob decided that he wanted to pursue a career in IT. However, he had difficulty landing a job in the field. So, he went to college with the help of the GI Bill. However, it didn’t help much as he spent all the GI money and also took out student loans.

He enjoyed living a nice lifestyle in San Diego but it led to an accumulation of debt.

Reshawn also grew up with limited resources and saw college as her way out.

She joined the Army Reserves to help pay for college and stayed in for six years while attending school. Even with the help of the Reserves, she still had to take out around $11,000 in student loans which took ten years to pay off.

The major expense that Reshawn had to contend with after college was childcare.

When she graduated from college, she was seven months pregnant with her first son. For a 22-year-old, childcare was a major expense to undertake. While she was pregnant, it was difficult for her to land a job at the job fairs on campus. It was difficult to get interviewers to call her back.

She decided to go home to her family and started interviewing for jobs when her son was six weeks old. By the time he was four months old, she had landed a job.

Still move forward with your life as though, you know, you were doing what you planned to do. Becoming a mom is a big thing. And I think when it happens when you’re younger you’re so resilient. So you have this incredible opportunity to just keep moving forward because your mindset. Or at least my mindset at the time, was I have to get a job, I have to take care of my son. So there wasn’t any hesitation on my part to simply continue to move forward with the process of finding a job that would take care of us and so, you know, that we could live a better life.

Eventually, Reshawn decided to move from Chicago to Texas because it offered a more affordable place to raise her son.

Building A Life Together

Rob and Reshawn met in Texas after moving there separately for a lower cost of living. In the beginning, they were on completely different pages financially. He did not mind being in debt because he enjoyed making new purchases and enjoying the things that money could buy. She had a strong desire to stay debt-free.

In order to get on the same page, they attended premarital counseling through their church and the counselor asked them difficult questions that helped them start to think about their money situation.

As they started to discuss finances, they created a convoluted percentage-based plan to fund their lifestyle together. Essentially, they would both contribute a percentage of their income to a shared account to cover household bills and the rest of their funds would remain separate.

However, that plan did not work for long. With very different incomes, it is difficult for that system to work fairly.

The couple continued to go to church and think more about the idea of marriage. Their separate marriage finances did not feel like two becoming one. Within a few months, they decided that the percentage system looked more like a roommate setup than a married couple. So, they continued working towards the idea of combining their finances.

Eventually, Reshawn agreed to combine their finances if they agreed to take some financial literacy classes together.

Rob agreed and they started working on the Dave Ramsey baby steps together.

When Reshawn and Rob started the baby steps, they decided to make a few changes.

First, they focused on what they were each allowed to spend. With that in mind, they set up separate spending accounts for an allowance.

Both Rob and Reshawn could spend their ‘allowance’ on anything they wanted. The rest of their expenses came out of the ‘company’ account. Anything over $100 that came out of the household account needed to be discussed. The allowances helped them understand their spending patterns better along the way.

Throughout the baby steps, they continued to contribute to their retirement accounts. Finally, they still used credit cards to earn points but paid off their balance in full each month.

Once they had gotten more comfortable with their joint household finances, they considered getting into real estate.

The first house they lived in as a married couple was originally Reshawn’s. It was a smaller home in a nice neighborhood that they renovated to make it comfortable for both of them.

However, once they started looking for an investment property they found that what they wanted wasn’t in their budget for a rental house. Instead, they ended up finding their dream home. It was a beautiful home with an open floor plan that they found on Rob’s birthday.

Overall, it was a successful first taste of real estate and positive cashflow. Rob decided that he wanted to hit a goal of owning 15 doors because that would replace Reshawn’s income.

Over the next few years, they took their six-figure income and used it to put down 20% on several properties. Generally, they would drain their emergency savings to purchase a home. However, they relied on quarterly bonuses to quickly replenish their emergency funds.

After buying four rental properties, they used a 1031 strategy to double their doors from four to eight. Plus, they maintained their primary residence. Each of these properties had a 15-year mortgage.

Their real estate business is completely self-contained now. The properties have a modest cashflow that Reshawn and Rob do not touch unless they need to make repairs on one of the properties. When the mortgages are paid down after 15 years, they will start to see more cash flow to cover their living expenses.

Paying Down Their Home

Although they have several mortgages for their rental properties, they decided to pay down the mortgage of their primary residence. The catalyst was the fact that their children have both moved out recently. Plus, Reshawn’s stressful job was starting to take a toll on her health.

They owed around $200,000 on their $300,000 home. So they decided to pay down the balance with a combination of a cash out refinance on a rental property mortgage and selling some of their investments.

The goal was to create some more freedom for the next chapter of their lives.

Today, it only costs them around $35,000 to live each year. After paying off their mortgage, they dramatically cut their living expenses. When they hit the 15-year point in their rental mortgages, they will start to see a large influx of monthly cash flow. The freedom of this financial set up has allowed them to both quit their jobs.

Currently, they are traveling the world. Eventually, they will return home and Rob intends to try his hand at selling real estate on a part-time basis.

Really what we’d like to do is see more people get into real estate as an opportunity to build wealth. So our goal is to help other people to achieve their goals through real estate.

A large part of their journey was Reshawn’s ability to earn a large income. Although sales was a high-stress job, she was able to earn a great income as a single mom.

You see things on television where give you all these negative perceptions of what salespeople are. When you work a corporate sales job, a salesperson’s responsibility,  their whole job is to educate. You are educating your client on the products and services that could help them to solve a business problem.

Generally, as a salesperson, you are the last to be fired in a slow economy. Plus, you have the opportunity to leverage your income because you can decide how hard you will work.

If you are interested in sales, then Reshawn would recommend working for a large company at first. Most large companies have training programs to help you start your career. A few good fields to consider include technology, pharmaceutical, and educational.

When you apply for a sales job, try to set yourself apart.

Do your homework on the company. Spend the time to understand exactly what the company’s goals are, what it is that they do, you know, where they’re doing well. If you can, absolutely try out their product.

You will likely not encounter an upper limit in terms of earning potential. You could earn anywhere from $50,000 to $500,000. It just depends on the company and the quality of work you are able to put in.

What is your favorite blog, podcast, or book of all time?

What is an inflection point in your life that was especially memorable or meaningful?

For Reshawn, it was joining their finances and making the decision to plan for their future as a team. For Rob, it was learning how much you don’t really need through traveling.

What is your favorite life hack?

For Reshawn, it is buying used cars via email. For Rob, it is playing Grand Theft Auto because you can build anything you want to without spending a dime. 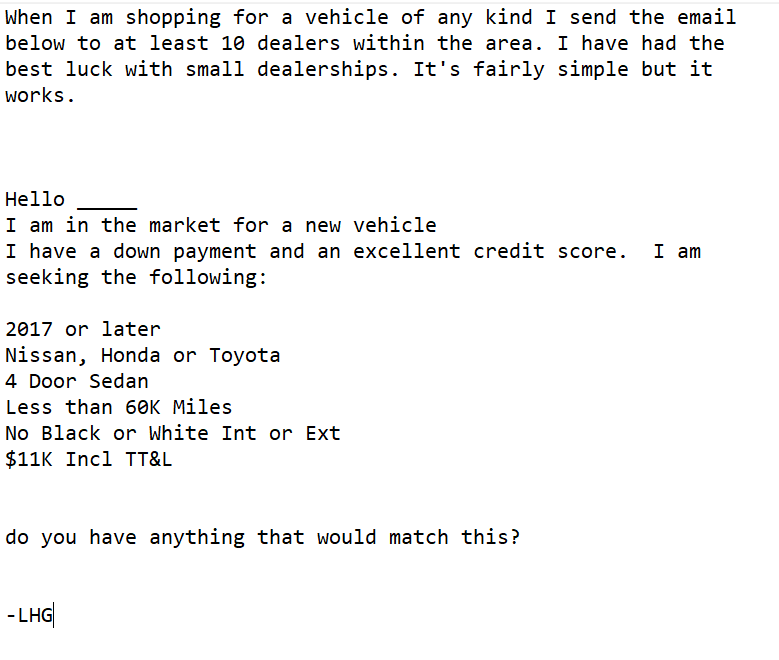 What is the biggest financial mistake you’ve made?

For Rob, it was spending his GI Bill funds and still taking on student loans. For Reshawn, it was signing up for random credit cards on campus with low limits but then maxing them out.

What advice would you give your younger self?

Bonus! What purchase have you made over the past 12 months that has brought the most value to your life?

Their microphone and video editing software.

Money Plan
Investing 101: How to Start Investing the FI Way

This Ultimate Guide on How to Start Investing aims to take out a lot of the mystery/unknown variables for beginning and advanced investors alike. The