How Will The Trump Tax Plan Affect Investors?

The ink is barely dry on the Trump Tax Plan, more formally known as the Tax Cuts and Jobs Act (TCJA), and taxpayers are beginning to fret about its impact. Most people are at least vaguely aware that the plan lowers most marginal tax rates, increases some deductions, but lowers or eliminates others. But how will the Trump tax plan affect investors?

At this point, many of the details of the plan are still fuzzy. The IRS hasn’t even had time to issue formal regulations and guidance. That will be coming up gradually throughout 2018. There may even be some changes along the way.

Based on what we know now—or more particularly, on the bits and pieces of information floating around—it looks like a mixed bag. Retirement plans and paper securities will generally be unaffected. But if there’s a casualty in the new tax plan, it might very well be real estate.

On balance, the Trump Tax Plan will have no effect on investment tax considerations, at least in the most direct sense. That is, the treatment of long-term capital gains that investors have come to know and love won’t change. That applies to any type of investment that has the potential to generate a capital gain, including stocks, bonds, mutual funds, or ETF’s.

The basic treatment of capital gains is unchanged

Just like under previous tax law, taxpayers in lower tax brackets pay zero on long-term capital gains. Taxpayers in higher marginal tax brackets were and are limited to 20% on their gains.

Higher income taxpayers have been subject to this tax for several years, and that won’t change either. The Net Investment Income Tax applies to investment income earned above certain thresholds. If your income exceeds the threshold for your filing status, you’re subject to an additional tax of 3.8% on that income. That means that high income taxpayers have an effective tax rate on long-term capital gains of 23.8%. Again, no change here.

The income thresholds beyond which you are subject to the net investment income tax are as follows:

There’s no indication as yet of any changes to those income thresholds.

In most tax brackets, marginal tax rate will decline by three or four percentage points:

(Source: Trump’s Tax Plan and How It Affects You )

Since retirement plans are the largest investment accounts for most people, there may be concern that changes in the tax plan could have a negative impact here. However, the Trump Tax Plan left retirement plans unaffected by the changes.

Since investments held within retirement plans are tax-deferred, there isn’t much concern about the tax implications within the plans. The bigger concern however is with contribution levels. And fortunately, those will not be affected by the tax changes. Contribution amounts to most retirement plans are on schedule to increase slightly for most plans in 2018.

If there is a negative from the new tax plan with regard to retirement plans, it’s the fact that lower overall marginal tax rates will somewhat reduce the tax benefit of making a contribution to a plan.

It’s unlikely that so small a reduction in tax benefit will discourage anyone from contributing to a retirement plan.

The news with real estate investing is at least mildly negative. Investors will still get the benefit of lower capital gains tax rates on long-term holdings. As discussed above, those haven’t changed from the previous tax plan.

The bigger problem is the reduction in certain established tax breaks related to housing that could have a negative impact on real estate investments.

Here are the three major problems on that front:

The changes won’t apply to current homeowners, but will affect new buyers. Under the previous law, mortgage interest was deductible on loans of up to $1 million for mortgages on primary residences and second homes.

Under the new plan, the threshold is reduced to $750,000. In addition, interest paid on home equity lines of credit (HELOCs) will no longer be deductible.

A serious limit on the deductibility of real estate taxes

Under the previous tax plan, there’s no limit on the deduction of real estate taxes. With the implementation of the Trump plan, state and local income taxes are limited to a deduction of no more than $10,000.

With the standard deduction rising to $12,000 for singles, and $24,000 for married couples filing jointly, fewer taxpayers will itemize deductions at all.

The reduced (or eliminated) deductibility of mortgage interest and property taxes will reduce the tax incentives to buy a home. This will be particularly acute in high cost metropolitan areas, as is the case in many markets on the East and West coasts.

There’s one more tax change that may not be earth shattering, but it’s negative nonetheless. The deductibility of moving expenses is being eliminated under the new tax plan. That may be another obstacle to the housing industry, since it will make moving more expensive.

The combination of all these removes much of the tax benefit of homeownership.

Since there will be less tax incentives for people to buy homes, the net effect may be a depressing of house prices. That will affect single-family homes, condominiums, any other form of owner occupied housing, plus vacation homes.

Anyone who is invested in residential real estate in just about any form, stands to lose as a result. Price appreciation is a major reason why anyone invests in real estate, from homeowners to professional investors. If that benefit is reduced or eliminated, enthusiasm to buy property by real estate investors will also be dampened.

The potential is for reduced demand for home-ownership

That will result in lower prices, which will make real estate investment a higher risk proposition.

If there’s a silver lining on the real estate investment side, it may be that reduced demand for home-ownership could increase demand for rentals. That would cause rents to rise, as more people stay in apartments, rather than buying.

The combination of lower property prices with higher rents could change the current dynamic of real estate investing. It might shift from a capital gains driven market, to an income centered one. Of course, that type of transition will take time to play out. And if a lot more rental housing is built in response to the tax changes, it may not play out at all.

That doesn’t mean that the situation is hopeless. The Trump Tax Plan was only passed in December, and has yet to be fully implemented. Most tax plans are modified after the fact.

There’s tremendous pressure from the National Association of Realtors to oppose provisions of the new plan. There’s an excellent chance some tax incentives will be restored, at least partially.

But should that happen, we also need to hope that the status quo with retirement plans and paper investments won’t change for the worse.

The best we can say at this point is that it’s too early to panic. 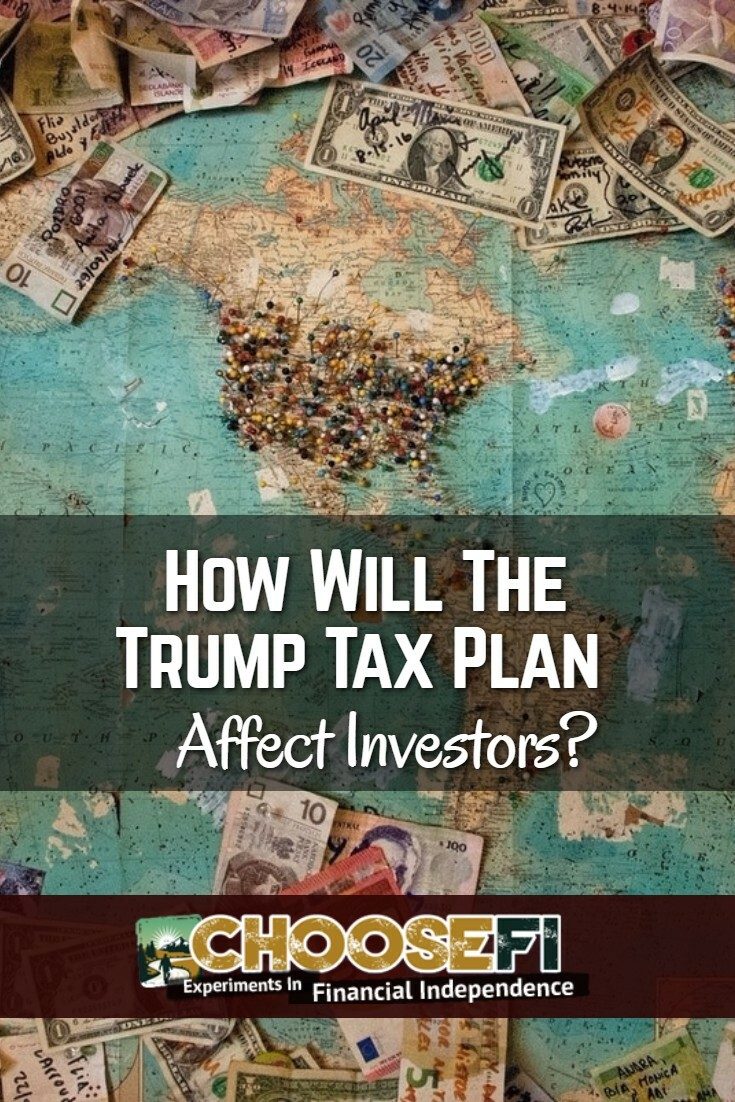