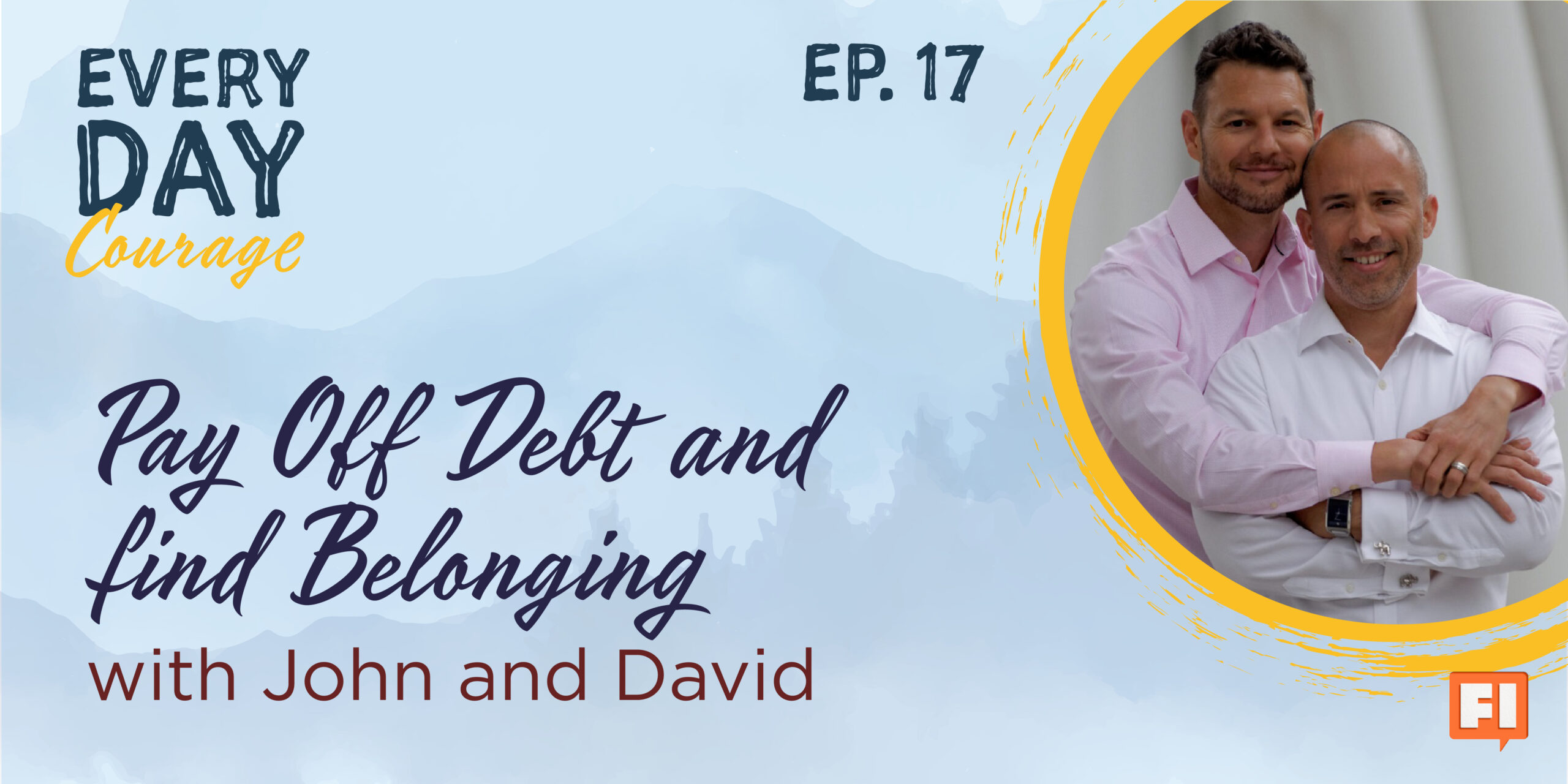 The Debt Free Guys®, John and David, join Jillian to share tips on how to pay off debt and uncover the secret to living fabulously without going broke.

More About The Debt Free Guys:

John and David are husbands living fabulously, but not fabulously broke. They are the founders of the number one gay money blog and podcast, The Debt Free Guys® and Queer Money® podcast. Their blog and podcast strive to help the LGBTQ community live an amazing life without sacrificing financial security. John and David's work has been seen in Forbes, TIME, Business Insider and more.

If you're looking for a high-yield savings account for your emergency fund or short-term savings goal, check out CIT Bank!

John's Story Of Getting Into Credit Card Debt

Overcompensating for childhood traumas or societal pressures is a common occurrence that can result in credit card debt for many. David isn't left out of this picture either. Together the couple had $51,000 of credit card debt by the time they were ready to dig out.

An Aha Moment In The Mountains

John and David went on vacation to the mountains. They both had this fantasy of being able to buy land and build a vacation home. This shared dream led to an essential conversation. On the long car drive home they both opened up about their financial situation.

We like to say we came out to each other about our financial state.

John and David realized the amount of debt they were in, but also that they didn't know where their money was going. One afternoon David sat down for several hours and looked at every single penny they had spent over the last year.

It shocked us to see actually where our money was going. We didn't necessarily think we were living an amazing life, but after we looked at the numbers, it told a completely different picture.

Knowing where the money was going immediately prompted questions about designing the life they actually wanted.

How To Find Your Values For Spending

We're living quite big, but it just didn't feel like we were living big. We started to ask oursevles why weren't we happy with the things we had and things that we were doing. And we realized that ultimately we weren't spending according to our values.

John and David had a serious conversation about life and money. They were aiming to identify their value categories for spending so they could better align their money to their goals. They asked these three questions:

John and David ended up with 3 major goals:

They both admit they had spent on superficial and temporary happiness up until this point. When they reigned in this spending, they were able to reallocate funds and pay off their credit card debt.

Credit card debt, or debt of any kind, can be a reflection of past baggage and money mindsets. John and David took the time to deep dive into both of these areas. They were able to figure out their finances together and start building their future because of it.

John and David know it's not just them. Using money to cover up feelings from the past is common among many communities. This is why their work is dedicated to the LGBTQ community which is so often overlooked.

It's possible to make changes in your life and start living fabulously as well as contributing to a long term better financial picture.

One Money Practice You Can Start Today

The money practice that John and David recommend is simple and easy. Before you buy, ask yourself three or four times why you're making a purchase.

Is this a purchase I really want or need to make? Or am I making up for something else?

Retail therapy isn't real therapy. This one change could pivot your spending habits in the future. If you want to find more actionable money management tips like this, check out The Debt Free Guys blog.