If you’re on the road to FI, you know you need to cut some expenses. One of the best budget-friendly moves you can make is to find a cheaper phone plan. This can be an easy way to cut your expenses while not sacrificing any of your lifestyle.

What Is Gen Mobile?

Gen Mobile is low-cost cell phone carrier that runs on the Sprint network. They focus on simple plans that offer cost savings, rather than the many add-ons that come with other plans.

With no contract, unlimited U.S. and international text included in all plans, and an easy-to-use app, Gen Mobile has a lot to offer folks looking for a low-cost phone plan.

Can You Really Get A Phone Plan For $5?

Yes, you can get a plan for $5 with Gen Mobile, but for most, it likely won’t be the right plan. Gen Mobile’s $5 plan offers unlimited texting, but nothing else.

For a comprehensive view of their plans, here’s what Gen Mobile’s site says:

As you can see, Gen Mobile’s plans are not made for those who need unlimited data. But to be honest, we could all use less time on our phones. And $25 a month for unlimited talk and text and 3 GB of data is definitely one of the better deals.

Plus, all of Gen Mobile’s plans include international service (we’ll talk more about this in a moment), which is still hard to come by.

You Can Also Opt For A Three-Month Plan 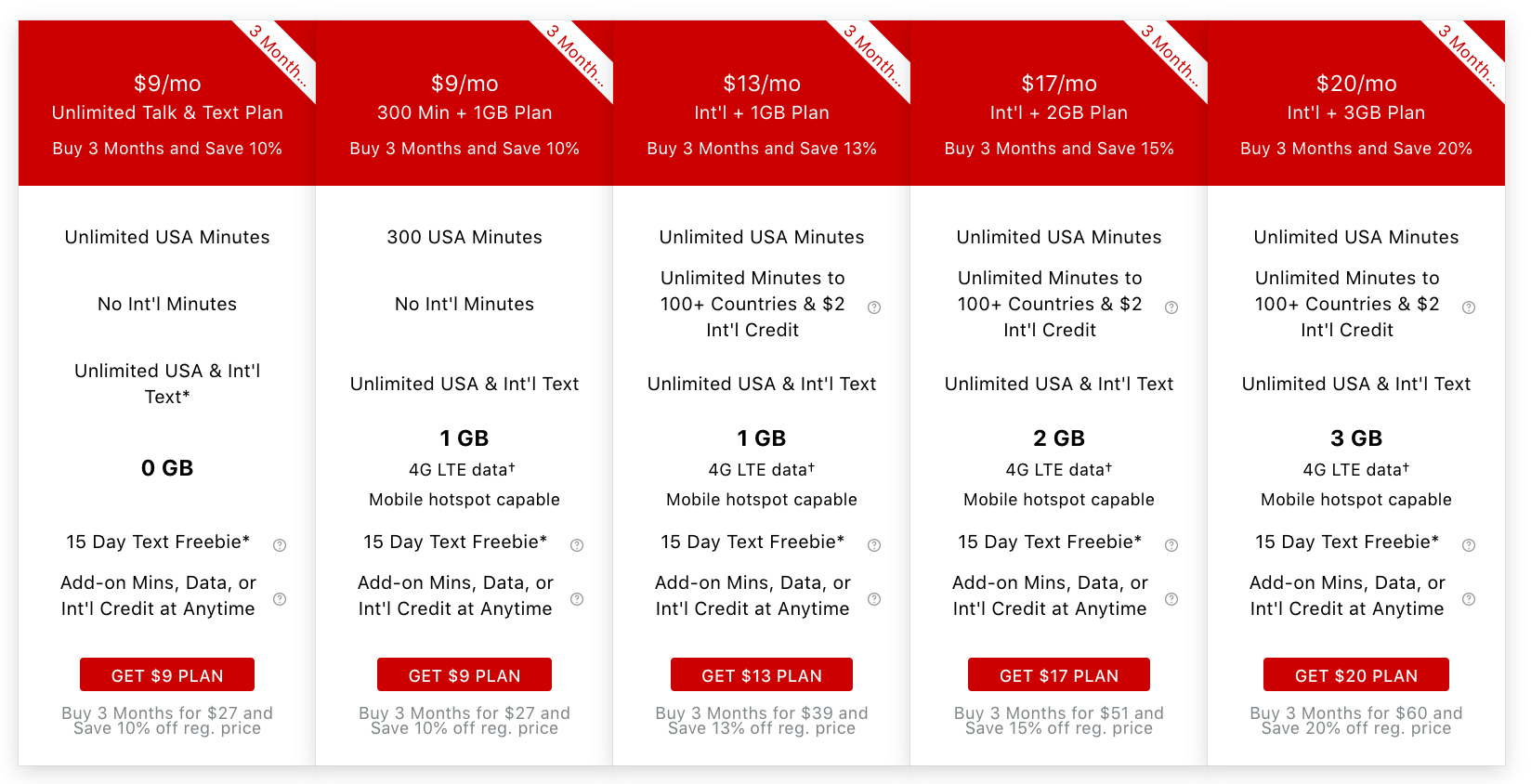 As you can see, the costlier the plan, the more you save. If you choose Gen Mobile’s highest plan, for example, you’ll save 20 percent per month.

Get started with Gen Mobile here.

If Gen Mobile’s data plans seem a little limiting to you, you’ll be happy to know that they offer many other features that make them a great low-cost carrier.

At the time of writing, Gen Mobile is offering up to 50 percent off select smartphones. If you’re looking for the most current iPhone, however, you won’t find it through Gen Mobile. Their current iPhone selection is as follows: 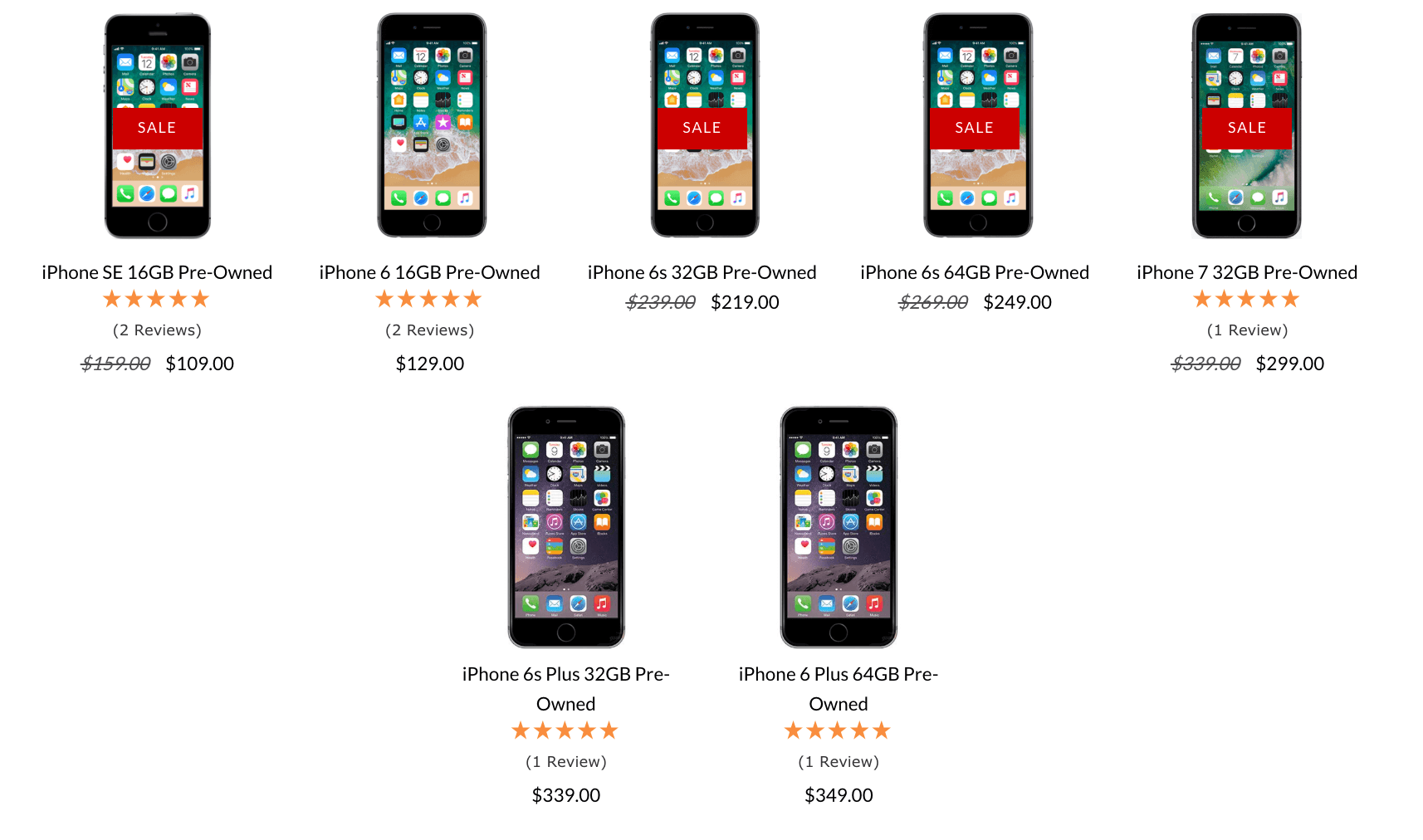 These are all pre-owned phones, so you won’t have the newest technology–but hey, a phone is a phone, right? As long as it makes calls and receives texts, you have everything you need.

Android users, on the other hand, will find a few more offerings. 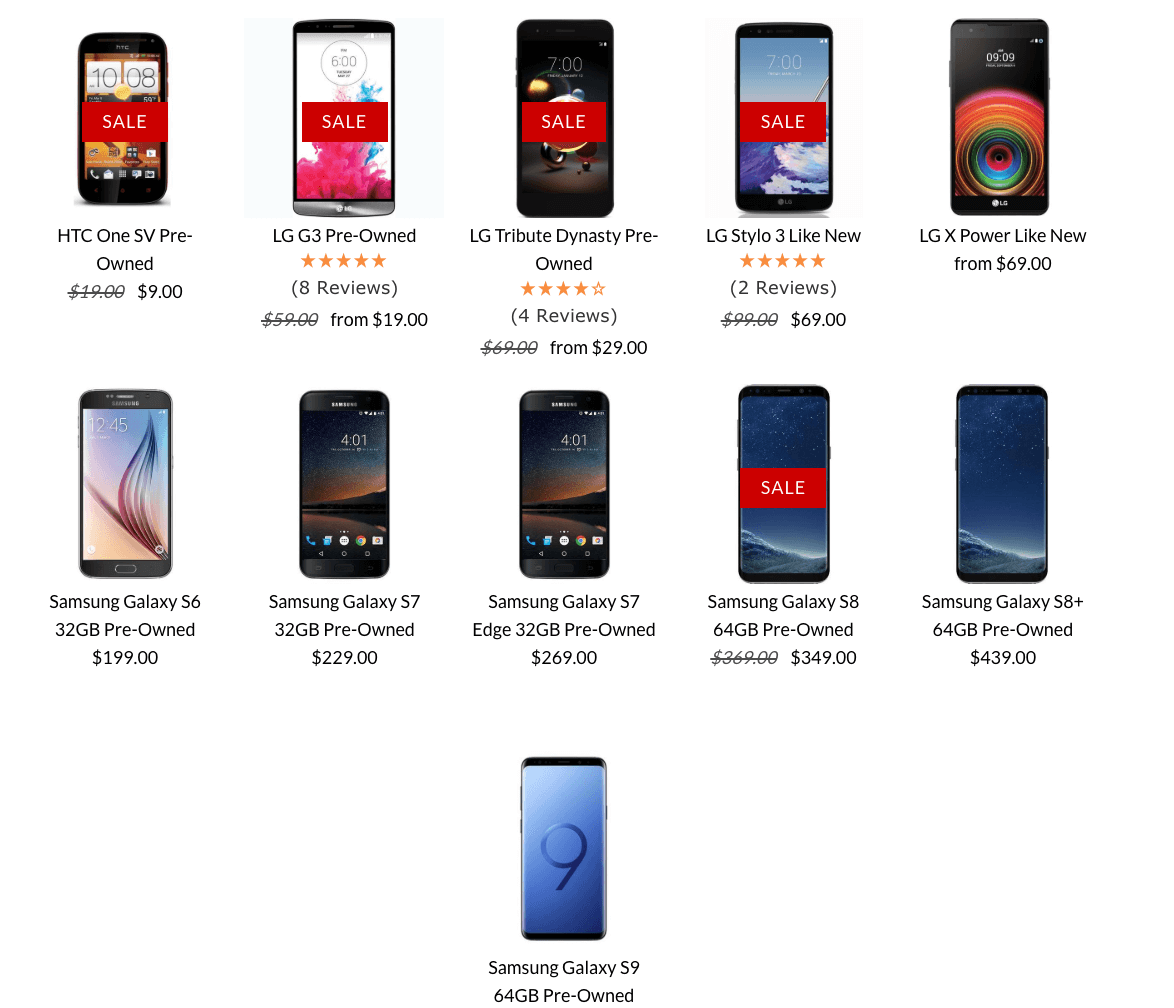 I’m personally a fan of Androids, so I was excited (and mildly annoyed) to see that my phone, the Samsung Galaxy S8, was $50 cheaper than what I paid for it.

Finally, if you’re looking for a very basic phone, you can get one for next to nothing with Gen Mobile. Again, there aren’t too many choices, but that shouldn’t be a problem for someone looking for a phone just to text and talk. 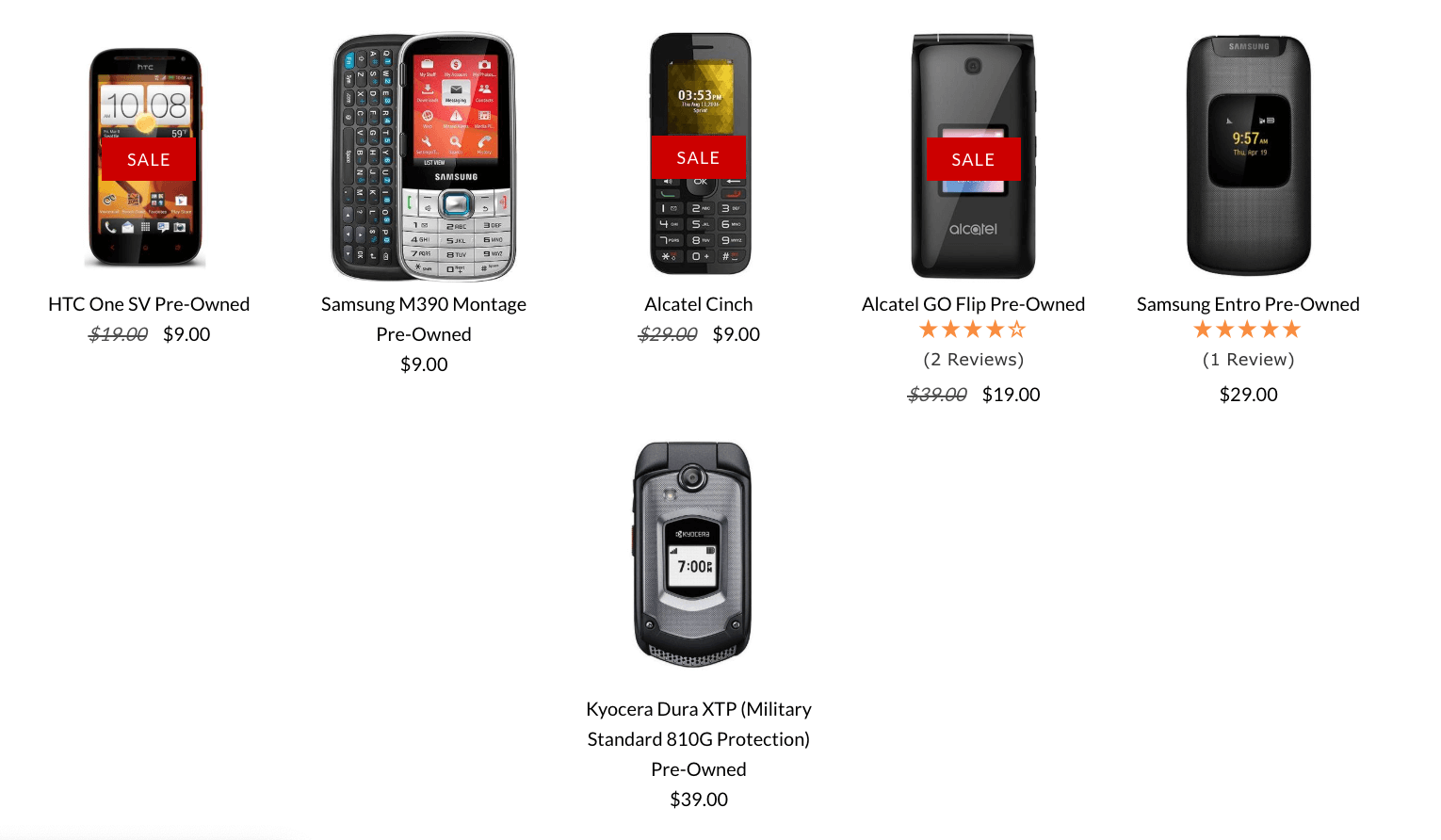 Shop for phones with Gen Mobile here. You can get 10% off your entire order with the promo code CHOOSEFI through December 31st, 2020.

Bring Your Own Phone

If your phone still works fine, or you don’t like the options Gen Mobile offers, you can always opt to bring your own phone. If you use Sprint as a carrier, there’s no need for a new SIM card since yours will already work.

For all other phones, you’ll need to pay $5 to get a new SIM card. Many current phones can be brought to Gen Mobile, but here’s a full list: 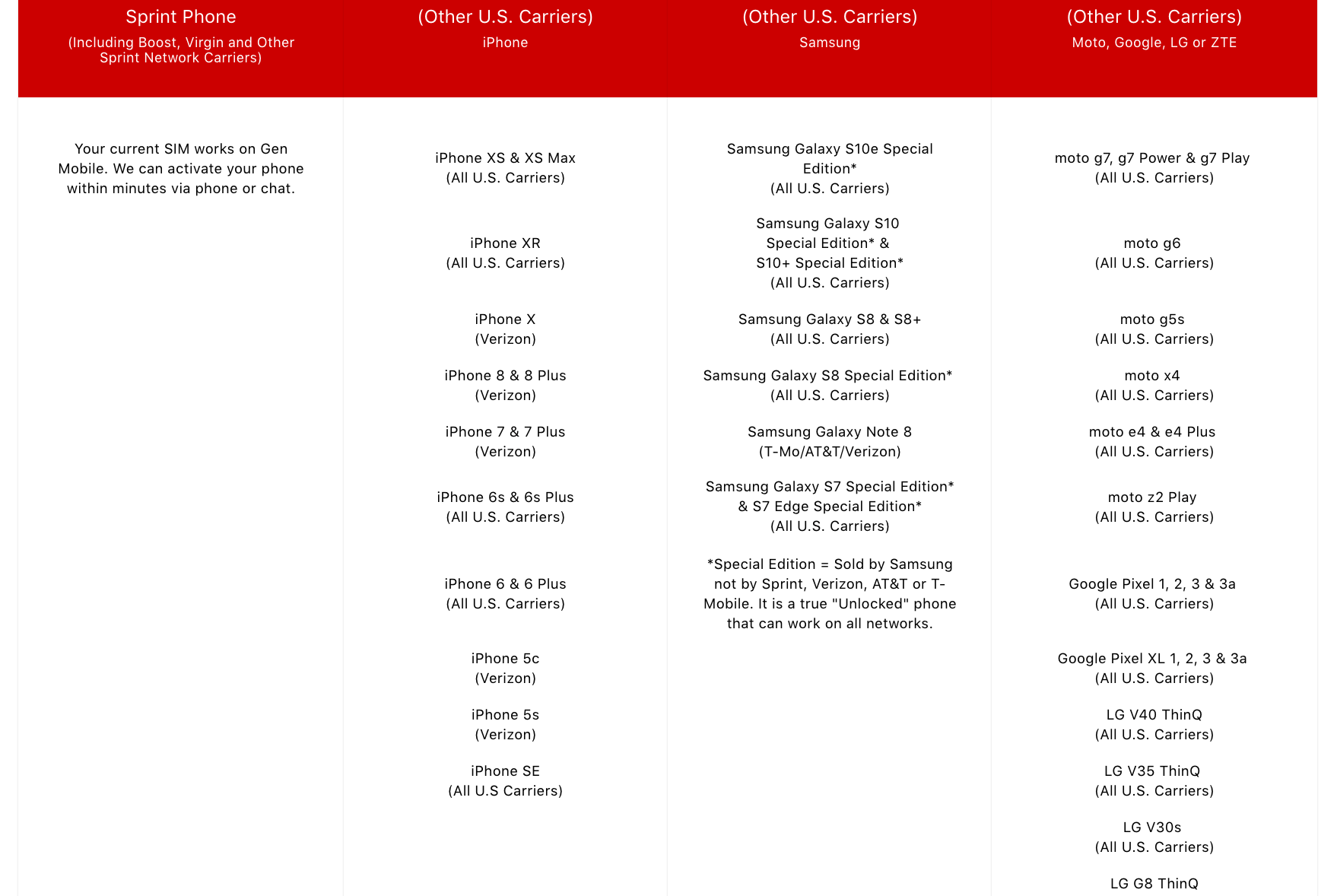 Many phone companies are getting rid of lengthy contracts with high rates, and Gen Mobile is no different. They don’t force you into an annual contract, there’s no credit check needed, and there are no termination fees if you decide Gen Mobile isn’t right for you.

It can be difficult to find plans that include international calling and texts. Luckily, you don’t have to worry about that with Gen Mobile. Their $15, $20, and $25 plans include free unlimited calling to 100+ countries.

Since Gen Mobile operates on the Sprint network, they do offer 4G LTE, so you’ll have high-speed data wherever Sprint is available. With that being said, know that Sprint isn’t always the most reliable network, and there are a few places where Sprint isn’t available.

For example, I live in Maine and there is almost nowhere you’ll get 4G LTE with Sprint.

How Does Gen Mobile Compare To Other Discount Phone Plans?

Check out our full review of Republic Wireless here.

Where Is Gen Mobile Available?

Unfortunately, I’ve never been able to use any phone service that runs through Sprint since I live in New England.

Musings Of A Gen Mobile User

We gave the job of trying out Gen Mobile to our resident travel nerd, Ed.

I still remember the days when I was stupid.

Back when I was working in corporate America, I justified having a pricey unlimited everything cellular plan because of the job.

More than a decade later, I’ve become a smarter cookie.

I now track my data usage on my cell as carefully as I do my expenses, and have reliably contained data consumption to around 2 GB a month. That made me a happy user of Mint Mobile’s $15, 3 GB/month plan.

But then Gen Mobile came along with their $9/month plan. But there was a catch–I’d only get 1 GB/month.

The life optimizer in me was immediately intrigued, and I accepted the contest. But I also knew I would have to change my usage behavior drastically to even stand a chance of coming out ahead.

So how did his data fasting challenge go?

Pretty dang good. It helps that Ed works from home most days, or, hangs out at places where there is free Wi-Fi.

But here is what he does to stay under his 1 GB quota when he’s out and about:

Not all phones will work on Sprint’s CDMA network. Ed’s didn’t. He later realized what the problem was.

What happened was that all my used phones were from abroad, and CDMA was never supported outside of the US.

I could have saved lots of time by letting Gen Mobile know my phone’s International Mobile Equipment Identity (IMEI) numbers.

The IMEI is a unique identifier for every mobile device, and one of several ways you can check it is by accessing the dial pad and hitting *#06#.

This would have been a far smarter thing to do, since you can’t just put a SIM card into a phone and have it connect to a CDMA network.

You’ll need to have a Gen Mobile customer service rep port your old number (or add a new number) to a whitelist that is maintained by Sprint.

To make up for the inconvenience, and to get Ed started with the challenge without further delay, Gen Mobile offered him 50 percent off a used CDMA-approved iPhone on its website. It also waived the $5 fee for a new SIM card, as well as the $27 for the three months.

One way Ed tried to stretch the 300 minutes every month was to use Wi-Fi calling. This nifty feature was initially designed to use Wi-Fi to extend coverage for voice calls. But Ed mistakenly thought it would also save his  precious quota of minutes.

As is often the case with Ed, his enthusiasm got the better of him, and he ended up burning through his 300 minutes in a few days, thinking Wi-Fi calling was some smart hack he discovered. Ouch!

Gen Mobile offers, perhaps, the cheapest cell phone plan on the market right now. If you’re brave, you can opt for the $5/month unlimited text only plan, or you can get 1GB and unlimited talk and text for $9/month (and the plans keep going up until 3 GB).

If you’re looking for a low-cost phone plan, and you get coverage through the Sprint network, Gen Mobile is definitely a good option. 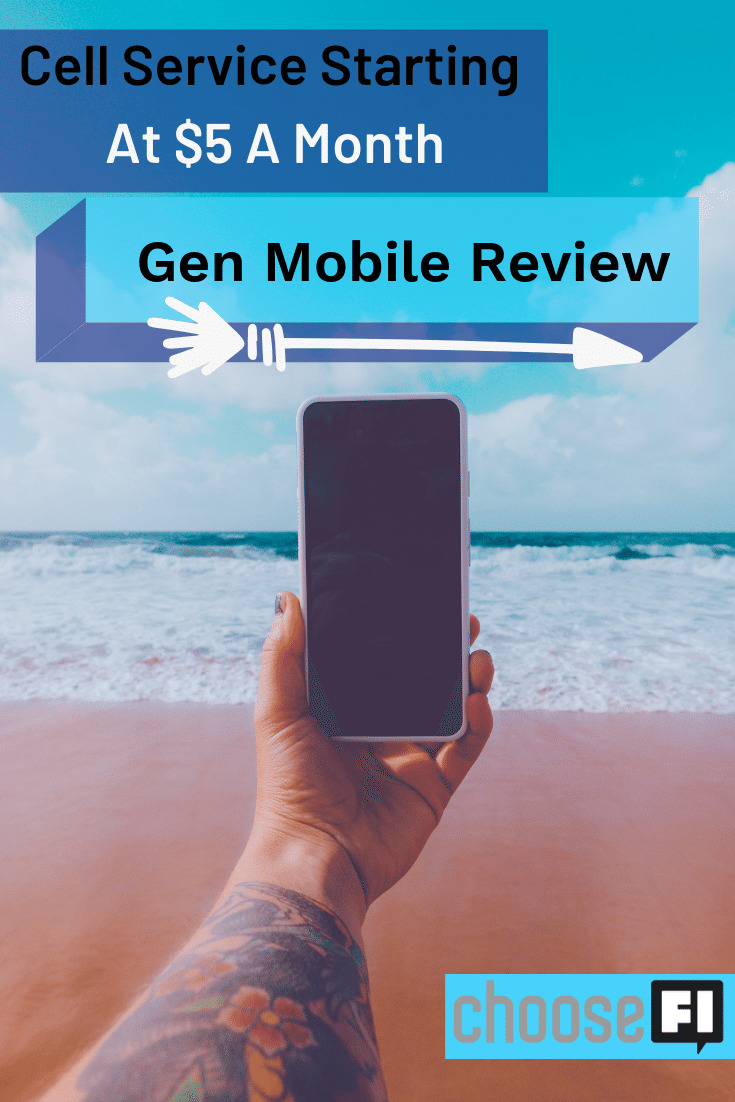